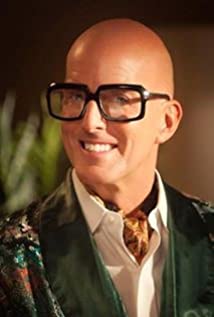 Emmy-nominated director/writer/producer/composer Ron Oliver started his career with the cult hit Prom Night II (1987)--called "the Blue Velvet (1986) of high school horror movies" by the Los Angeles Times--and since then has directed and/or written over fifty award-winning theatrical feature films and television hits for such studios such as Universal, Fox, Warner Brothers and The Walt Disney Co. His Hallmark Hall of Fame film "The Christmas Train" was one of the highest rated movies in the network's history.Canadian-born Oliver's work has been twice nominated for the prestigious Director's Guild of America Award. He has traveled around the world to film in London, Paris, Berlin, Auckland, Johannesburg and all the way back home to Hollywood, California. He is also a published author of award-winning short fiction as well as penning an acclaimed series of comic essays on filmmaking in the well-regarded "MovieScope" magazine.

Christmas at the Plaza

Every Christmas Has a Story