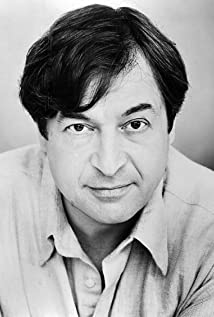 Ronald F. Maxwell is the son of a World War II veteran and a French war bride. He grew up in New Jersey where he graduated from Clifton High School. During his high school years Ron founded the Garden State Players where he wrote, produced and directed dozens of plays and musicals. Ron enrolled as a theater major at New York University College of Arts and Sciences where he was a member of the Hall of Fame Players and the Green Room Honor Society. At NYU, Ron acted in plays and musicals, including the title role in "Hamlet." His work in NYU's theater program earned him an invitation and scholarship to attend the New York University Graduate School of the Arts, Institute of Film and Television. In 1970, Ron completed his graduate film thesis, writing and directing an adaptation of Albert Camus' "The Guest." Upon graduation, he worked in Spain as Charleton Heston's personal assistant in Heston's directorial debut, "Antony and Cleopatra." Ron's daughter Olivia was born in London in September, 1971. His son Jonathan was born in New Jersey in February, 1974. In 1974-1978, Ron worked with Jac Venza at WNET-13, NYC, as an associate producer and subsequently producer for the Emmy and Peabody Award winning series "Theatre in America." At WNET he produced "Sea Marks," starring George Hearn and Veronica Castang. In 1978, he produced and directed Sissy Spacek, Bill Hurt, Sally Kellerman and Howard da Dilva in "Verna: USO Girl" for which Ron received a best director Emmy nomination. Ron was then "drafted" to Hollywood where his first theatrical film, "Little Darlings," opened at #1 on Variety's Top Hundred Grossing Films and has since become a classic of the genre. Subsequently, he directed "The Night the Lights Went out in Georgia," "Kidco," "Parent Trap II," "In the Land of the Poets" -- a feature-length documentary on the Nicaraguan civil war -- and the landmark film "Gettysburg," which has been hailed as one of the greatest war movies in the history of film. "Gettysburg" was released theatrically in the fall of 1993. In the summer of 1994, it was broadcast over two nights on TNT where it established the all-time highest rating for a dramatic film on cable television. The video and DVD have sold millions of copies. Since then, Ron has produced, written an directed the film "Gods and Generals," the pre-quel to "Gettysburg." It was released in February, 2003 and the DVD/VHS was released on July 15, 2003 as the #1 selling video in America, with over 600,000 sales in its first week. In 2013 Maxwell continues preproduction on an epic trilogy of movies from his own original screenplays, Joan of Arc: The Virgin Warrior and is developing a motion-picture set during the Highland Clearances of late 18th Century Scotland. He is a member of the Writers Guild of America, the Directors Guild of America and the Academy of Motion Picture Arts and Sciences.

The Night the Lights Went Out in Georgia