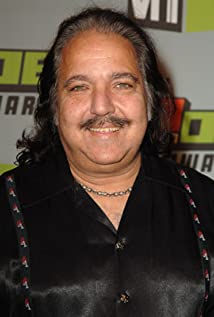 Since the demise of the legendary John Holmes in March 1988, the short, mustachioed, heavyset Ron Jeremy has assumed the mantle as the number one U.S. male star of adult cinema. However, don't confuse Ron with the similar looking mustachioed 1970/'80s adult film star, Harry Reems, who has long since retired from the adult film industry. Portly Ron is not blessed with film star looks and a chiseled six-pack (a decidedly unchiseled 12- or 18-pack would be more like it) - his appeal and talents lie in other areas (which happen to be in his long 'member' measuring nearly 10 inches, erect!) and his "regular guy" appearance and amazing endurance in front of the camera have undoubtedly contributed to his phenomenal success in an industry notorious for dumping those men who can't perform on cue.He's also one of the very few adult film stars to make the jump into mainstream cinema, with minor appearances in movies such as Reindeer Games (2000), Detroit Rock City (1999) and The Boondock Saints (1999). He was born Ron Jeremy Hyatt on March 12, 1953, in New York City and graduated from Cardozo High School (Queens, NY) in 1971, attained a masters degree from Queens College and then commenced special educational teaching in the New York City area. In 1978, a girlfriend sent his photo off to "Playgirl" magazine for appearance in its "Boy Next Door" pages. It was an understatement to say that Ron was deluged with female fan mail, and letters of interest from adult filmmakers!Beginning in 1979, he has appeared in well over 800 adult feature films including Inside Seka (1980), Debbie Does Dallas Part II (1981), Terms of Endowment (1986) Lust of Blackula (1987), 21 Hump Street (1988) and Natural Born Thrillers (1994). At 50+ years of age, the charismatic and often comedic Ron Jeremy is still appearing in front of the camera in adult films and he's definitely attained iconic status in the adult entertainment industry and beyond.