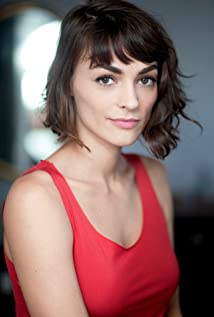 Romane Portail was raised in Orléans, France. At the age of 16, she entered the Conservatory of Dramatic Arts of Orléans under the direction of Jean-Claude Cotillard and trained for 3 years. She then auditioned for the ENSATT, National drama school in arts theatre, one of France most renowned acting school, and was successful, getting through a very tough selection process as only twelve actors were chosen out of 800 applicants. The successful candidates were entitled to a 3-year scholarship paid by the French State, including Romane as she was considered as a promising talent. She moved to Paris once she graduated, where she performed numerous lead roles in classical plays such as 'L'ingénu' (The Huron) by Voltaire directed by Arnaud Denis and contemporary plays such as 'Les Montagnes Russes' co-starring Bernard Tapie. The play was first performed few years before starring Alain Delon and Astrid Veillon. When Romane took over the play, she was on tour all over Europe, ending at the Comédia Théâtre in Paris, where it was nationally broadcast for French television on Paris Premiere.Romane has also worked for cinema and television. Her credits include 'Simple question de temps' co-starring with Line Renaud; 'Mallory' alongside Philippe Caroit; and with Sagamore Stévenin in 'Falco". She lately worked with 'The Wachowskis' (The Matrix Trilogy - V for Vendetta) on second season of Netflix series 'Sense 8'. For cinema, she notably played in 'Le fils de Jean' by Philippe Lioret alongside César Award for Most Promising Actor Pierre Deladonchamps. Romane lives between Paris, Los Angeles and London as she is developing her international career. She played the lead Alix in the digital series 'Urban Jungle', all shot in English and produced by Studio +, as well as Natalya, the leader of a special forces unit in 'Fearless' produced by Blackpills.Since then, Romane was cast as Coco Chanel in second season of the successful TV series 'Frankie Drake Mysteries', a role she will play again in the miniseries 'La Garçonne' produced by France Televisions. Lately, Romane landed the role of Severine Bloch, a French spy during the Cold War, in the highly anticipated TV series 'Spy City' alongside Dominic Cooper. The series produced by Miramax and written by critically acclaimed author William Boyd will be broadcast worldwide.Romane Portail is represented by Curtis Brown Group in London and Innovative Artists in Los Angeles.

Up Against the World