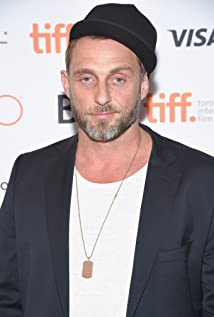 Born in Odense, Denmark, Roland Møller debuted on screen in 2010 in Lindholm & Noer's prison drama R as "the Mason", a brutal, inmate, high in the pecking order. In 2011 Roland was nominated Best Supporting Actor for the film at The Danish Critic's Association Awards, Bodil.Two years later, Roland was nominated for a Bodil in the same category for his role as the sailor "Jan Sørensen" in Tobias Lindholm's drama "A Hijacking." Jan Sørensen is a ship's engineer taken hostage by pirates of the Somali shore holding on to his wits as days passes by.In 2013, "Northwest" by Michael Noer was released. Roland's character Bjørn is a local gang member, who welcomes the new kid in town into his world of drugs and prostitution. Roland won a Bodil for this performance.In 2014 Roland got the leading role in Martin Zandvlient's WWII film "Land of Mine." Roland plays the Danish sergeant Carl Leopold Rasmussen in charge of a group of young German prisoners of war who are forced to clear landmines on the West Coast of Denmark just after the war has ended. For this we won in the category Best Actor at Tokyo International Film Festival and at the Bodil Awards. "Land of Mine" was furthermore nominated for Best Foreign Language Film at the Academy Awards 2017.Earlier this year David Leitch's "Atomic Blonde" premiered starring Roland opposite John Goodman and Charlize Theron. For more to come Roland is starring in Jaume Collette Serra's "The Commuter", playing alongside Liam Neeson, in Michael Noer's "Papillon", that premiered on Toronto International Film Festival, opposite Chaelie Hunnam and Rami Malek and in "A Bluebird in my heart" by Jérémie Guez.Besides acting, Roland is a co-host on two radio programs on the Danish radio channel Radio 24/7, "Politiradio", and "Nattevagten."Leaving an old life in the criminal underworld, Roland is today deeply involved in his community, helping to steer at risk youth away from a life in crime and figure as a mentor to boys who are at risk of becoming involved in crime.

A Bluebird in My Heart