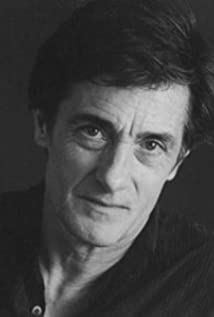 Like a number of British actors of the same generation (John Hurt and Alan Rickman, to name two), Roger Rees originally trained for the visual arts. He was born on May 5 1944 in Aberystwyth, Wales, and acted in church and Boy Scouts stage productions while growing up in South London, but studied painting and lithography at the Slade School of Art. He had to quit his studies, however, when his father died and he had to help support the family. His first paying jobs in show business were as a scenery painter. He was painting scenery, in fact, when he was asked to sub in for a part and made his acting debut. He put away his brushes for good after this.He turned to acting on a full-time basis in the mid-1960s and appeared on both the London and Scottish stages. After his fourth audition, the Royal Shakespeare Company finally hired him as a walk-on, sword carrier and bit player in 1968. He then worked his way up through the RSC's ranks, finally achieving stardom in the early 1980s in the 8-1/2 hour stage adaptation of "The Life and Adventures of Nicholas Nickelby", which had a cast of 40 actors, and for which he won both an Olivier Award and a Tony Award. Rees was also nominated for an Emmy Award for the television version of the play. By this time, he had several TV movies to his name, but he did not make his large-screen debut until Star 80 (1983).Living in the United States since 1989, Roger made a name for himself in America when he joined the cast of the TV hit comedy Cheers (1982) as the priggish Britisher Robin Colcord and later the glib British ambassador Lord John Marbury on the series The West Wing (1999). More recently, he appeared as a frequent guest in several British and American television series and in a number of independent films.However, Roger Rees remained primarily a man of the theatre with secondary careers as a playwright and stage director. Married to theatre collaborator Rick Elice (aka Rick Elice) since 2011, Roger was subsequently diagnosed with cancer. Performing on Broadway in the musical "The Visit" starring Chita Rivera, he was forced to quit the show in late May of 2015. The 71-year-old actor died on July 10, 2015.

Garfield: A Tail of Two Kitties