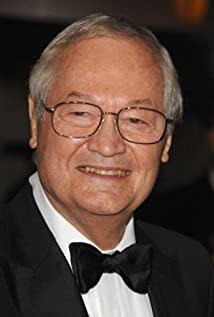 Roger William Corman was born April 5, 1926, in Detroit, Michigan. Initially following in his father's footsteps, Corman studied engineering at Stanford University but while in school, he began to lose interest in the profession and developed a growing passion for film. Upon graduation, he worked a total of three days as an engineer at US Electrical Motors, which cemented his growing realization that engineering wasn't for him. He quit and took a job as a messenger for 20th Century Fox, eventually rising to the position of story analyst.After a term spent studying modern English literature at England's Oxford University and a year spent bopping around Europe, Corman returned to the US, intent on becoming a screenwriter/producer. He sold his first script in 1953, "The House in the Sea," which was eventually filmed and released as Highway Dragnet (1954).Horrified by the disconnect between his vision for the project and the film that eventually emerged, Corman took his salary from the picture, scraped together a little capital and set himself up as a producer, turning out Monster from the Ocean Floor (1954). Corman used his next picture, The Fast and the Furious (1954), to finagle a multi-picture deal with a fledgling company called American Releasing Corp. (ARC). It would soon change its name to American-International Pictures (AIP) and with Corman as its major talent behind the camera, would become one of the most successful independent studios in cinema history.With no formal training, Corman first took to the director's chair with Five Guns West (1955) and over the next 15 years directed 53 films, mostly for AIP. He proved himself a master of quick, inexpensive productions, turning out several movies as director and/or producer in each of those years--nine movies in 1957, and nine again in 1958. His personal speed record was set with The Little Shop of Horrors (1960), which he shot in two days and a night.In the early 1960s he began to take on more ambitious projects, gaining a great deal of critical praise (and commercial success) from a series of adaptations of Edgar Allan Poe stories, most of them starring Vincent Price. His film The Intruder (1962) was a serious look at racial integration in the South, starring a very young William Shatner. Critically praised and winning a prize at the Venice Film Festival, the movie became Corman's first--and, for many years, only--commercial flop. He called its failure "the greatest disappointment in my career." As a consequence of the experience, Corman opted to avoid such direct "message" films in the future and resolved to express his social and political concerns beneath the surface of overt entertainments.Those messages became more radical as the 1960s wound to a close and after AIP began re-editing his films without his knowledge or consent, he left the company, retiring from directing to concentrate on production and distribution through his own newly formed company, New World Pictures. In addition to low-budget exploitation flicks, New World also distributed distinguished art cinema from around the world, becoming the American distributor for the films of Ingmar Bergman, Akira Kurosawa, Federico Fellini, François Truffaut and others. Selling off New World in the 1980s, Corman has continued his work through various companies in the years since--Concorde Pictures, New Horizons, Millenium Pictures, New Concorde. In 1990, after the publication of his biography "How I Made A Hundred Movies in Hollywood And Never Lost A Dime"--one of the all-time great books on filmmaking--he returned to directing but only for a single film, Frankenstein Unbound (1990)With hundreds of movies to his credit, Roger Corman is one of the most prolific producers in the history of the film medium and one of the most successful--in his nearly six decades in the business, only about a dozen of his films have failed to turn a profit. Corman has been dubbed, among other things, "The King of the Cult Film" and "The Pope of Pop Cinema" and his filmography is packed with hundreds of remarkably entertaining films in addition to dozens of genuine cult classics. Corman has displayed an unrivaled eye for talent over the years--it could almost be said that it would be easier to name the top directors, actors, writers and creators in Hollywood who DIDN'T get their start with him than those who did. Among those he mentored are Francis Ford Coppola, Ron Howard, Martin Scorsese, Jack Nicholson, James Cameron, Robert De Niro, Peter Bogdanovich, Joe Dante and Sandra Bullock. His influence on modern American cinema is almost incalculable. In 2009 he was honored with an Academy Award for Lifetime Achievement.

Memory: The Origins of Alien

Fist of the Dragon