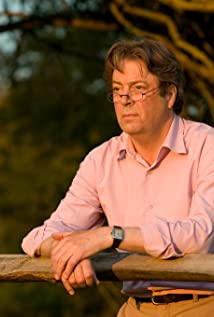 Born October 26, 1953 in Bow, London, England as Roger William Allam, he is a British stage, television, film, and radio actor, best known for originating the role of Javert in the musical "Les Misérables", for playing Douglas Richardson in the radio series "Cabin Pressure" and for his roles as Lewis Prothero in V for Vendetta (2005), as Peter Mannion in The Thick of It (2005), and as Fred Thursday in Endeavour (2012). His father was a rector at the St Mary Woolnoth church in London. Allam attended Christ's Hospital and Manchester University and debuted in theatre in 1976 the play "Vinegar Tom". In 1985 he played Javert in the first English production of what became the hit musical "Les Misérables" and appeared on the album featuring a selection of songs from the original London production of the show. In 2002 Allam won his first Olivier Award for Best Actor for his role as Captain Terri Denis in "Privates on Parade". From 2007 to 2012 he appeared as Peter Mannion MP in the political satire series The Thick of It (2005). In 2011 he won another Olivier Award for Best Actor for his performance as Falstaff in "Henry IV, Parts 1 and 2". Since 2012 he's been playing Fred Thursday on Endeavour (2012), a prequel to the popular show Inspector Morse (1987). Despite focusing mostly on theatre roles, he regularly appears in television, movies (most famously in V for Vendetta (2005)) and radio (including the popular comedy series "Cabin Pressure", in which he starred alongside John Finnemore, Stephanie Cole, and Benedict Cumberbatch). He is married to actress Rebecca Saire. They have two sons, William (who is also an actor) and Thomas.

The Woman in Black