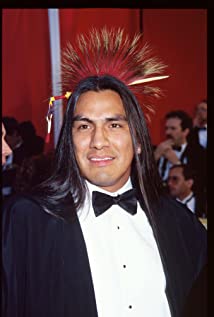 Native American actor, Rodney Arnold Grant was born the 9th of March, 1959. After his biological parents abandoned him, his grandparents raised him from 6 months of age, up until 1982. Rodney has five adult children: three daughters from his ex-wife, all of which were raised by their mother, and two sons from previous relationships. He is now married to Lee-Anne. Over time, Rodney initially has performed in major motion pictures, as well as television appearances. One in particular CBS's Stolen Women, Captured Hearts (1997), opposite Janine Turner and Michael Greyeyes. On the big screen, Rodney is extensively known for his portrayal of "Wind in His Hair" in Dances with Wolves (1990). Inasmuch as Rodney has proven to be eclectic in his acting ability, he can "play the part" in other genus as well.Rodney has other multitudinous ways in which he contributes to those in "need" -- especially the Native American Youth. For example, The Boys and Girls Club of Cheyenne country, South Dakota, where he is on the Board of Directors. At the present time, Rodney has taken an interim from acting to bestow his time to family, charities, and independent film making.

Son of the Morning Star