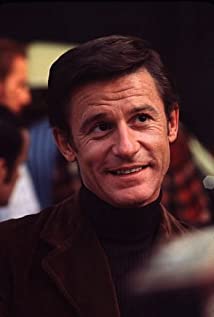 Roddy McDowall was born in Herne Hill, London, England, to Winifriede Lucinda (Corcoran), an Irish-born aspiring actress, and Thomas Andrew McDowall, a merchant seaman. Roddy was enrolled in elocution courses at age five and by ten had appeared in his first film, Murder in the Family (1938), playing Peter Osborne, the younger brother of sisters played by Jessica Tandy and Glynis Johns. His mother brought Roddy and his sister to the U.S. at the beginning of World War II, and he soon got the part of Huw, youngest child in a family of Welsh coal miners, in John Ford's How Green Was My Valley (1941), acting alongside Walter Pidgeon, Maureen O'Hara and Donald Crisp in the film that won that year's best film Oscar. He went on to many other child roles, in films like My Friend Flicka (1943) and Lassie Come Home (1943) until, at age eighteen, he moved to New York, where he played a long series of successful stage roles, both on Broadway and in such venues as Connecticut's Stratford Festival, where he did Shakespeare. He became a U.S. citizen in 1949. In addition to making many more movies (over 150), McDowall acted in television, developed an extensive collection of movies and Hollywood memorabilia, and published five acclaimed books of his own photography. He died at his Los Angeles home, aged 70, of cancer.