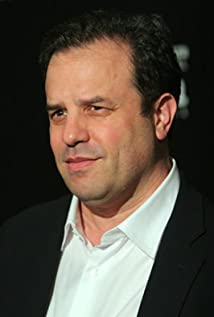 Talented film critic-turned-director who burst onto the scene in late 2000 with his hotly debated political thriller The Contender (2000). That film launched Lurie into the spot of filmmakers-to-watch and stood out amongst a year's worth of mindless and politically empty films. Born in Israel, Lurie spent his childhood living in Connecticut and Hawaii. At age 18 he began attending the highly prestigious U.S. Military Academy at West Point. Upon graduation in 1984, he spent 4 years serving in the army, which took him to various cities in the U.S. and Europe. While serving in the Army, he worked part-time as freelance entertainment journalist, writing film reviews for small newspapers. After serving 4 of the 5 years of his obligation to the Army, he became a full-time film critic. He was soon writing reviews for Los Angeles Magazine and doing spots on KABC Talk Radio. Unfortunately, Lurie's sensationalist and highly informal style of film criticism made him one of the most hated film critics in the country. He found himself banned from many traditional critics' screenings of films. In the mid-90's, Lurie decided to make a career transition towards filmmaking. A self-confessed political junkie, Lurie channeled his interests and vast knowledge of filmmaking into the 1998 short film 4 Second Delay (1998). Lurie combined the still-unanswered questions of Watergate and his talk radio day job into a tense, half-hour thriller. The film won the Jury Special Prize at the Deauville Film Festival, and served as Lurie's calling card, as he prepared to make his first feature-length film. He ventured into politics for his feature-length debut, Deterrence (1999). The plot concerned an incumbent U.S. President, and an intense military situation that arises while he is stranded in a snow-covered diner. Filmed on one set and starring Kevin Pollak as the President, the film garnered Lurie even more recognition, even if it received drastically mixed reviews. It was while presenting his favorite actress Joan Allen with an Achievement Award that Lurie conceived The Contender (2000). After finishing the script, Lurie assembled an all-star cast of acting greats (including Gary Oldman and Jeff Bridges) and some exemplary camera techniques into a political masterpiece. The film, about a female Vice Presidential nominee who is struck with sexual allegations, the film blurred the lines of good and evil and showed how "Principles only mean something if you stand by them when you're inconvenienced." Arguably the most widely debated 2000 film next to Traffic (2000), the film garnered two Oscar nominations and won the prestigious Alan J. Pakula Award. By the time the 2001 Oscars rolled around, Lurie was already hard at work at his next film, working with his acting hero Robert Redford. The result was the 2001 action/drama The Last Castle (2001). It centered on an imprisoned military general, forced to go up against a tyrannical prison warden. Despite some favorable reviews, the film was a commercial failure. Not to be deterred, the prolific Lurie has kept himself busy. While working on the script for another prison drama, _Clink Inc. (2001)_, Lurie wrote and directed the short film, The Nazi (2002), starring James Cromwell. The film was screened at the 2002 Toronto International Film Festival. While Lurie plots his next move, he is no doubt one of the more talented filmmakers to emerge at the turn of the 21st Century.

Nothing But the Truth

What Doesn't Kill You

Scenes of the Crime

The Search for John Gissing