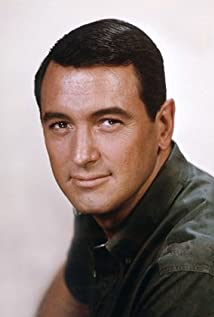 Rock Hudson was born Roy Harold Scherer, Jr. in Winnetka, Illinois, to Katherine (Wood), a telephone operator, and Roy Harold Scherer, an auto mechanic. He was of German, Swiss-German, English, and Irish descent. His parents divorced when he was eight years old. He failed to obtain parts in school plays because he couldn't remember lines. After high school he was a postal employee and during WW II served as a Navy airplane mechanic. After the war he was a truck driver. His size and good looks got him into movies. His name was changed to Rock Hudson, his teeth were capped, he took lessons in acting, singing, fencing and riding. One line in his first picture, Fighter Squadron (1948), needed 38 takes. In 1956 he received an Oscar nomination for Giant (1956) and two years later Look magazine named him Star of the Year. He starred in a number of bedroom comedies, many with Doris Day, and had his own popular TV series McMillan & Wife (1971). He had a recurring role in TV's Dynasty (1981) (1984-5). He was the first major public figure to announce he had AIDS, and his worldwide search for a cure drew international attention. After his death his long-time lover Marc Christian successfully sued his estate, again calling attention to the homosexuality Rock had hidden from most throughout his career.

The Battle of Amfar

And the Band Played On