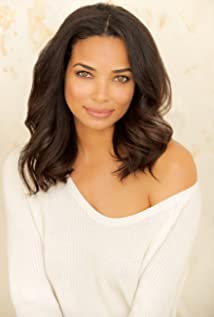 Rochelle Aytes was born in New York City. She attended LaGuardia High School and graduated with a Bachelor's of Fine Arts degree in Dance from SUNY Purchase College Conservatory for Dance in 1998. She is best-known for her role in White Chicks (2004) as Denise Porter; her role in Left 4 Dead 2 (2009) as a news producer; and more recently in the TV series The Forgotten (2009) as Detective Grace Russell, who teams up with a volunteer group, including a former Chicago police detective played by Christian Slater, to solve cases of missing or unidentified homicide victims. Rochelle also played Lisa Breaux in Tyler Perry's Madea's Family Reunion (2006), in which she plays a woman who is caught in a relationship because of which which her fiancé (Blair Underwood) beats and threatens her.In 2006, She played Nicole Jamieson in the pilot episode of Tyler Perry's House of Payne (2006). In 2007 she guest-starred in the hit Fox series Bones (2005) as Felicia Saroyan, the sister of lab supervisor Cam. She also played Leigh Barnthouse in the Fox series Drive (2007). In 2009 she played Tara Kole in the CBS TV show NCIS (2003) and had a role in the independent film Trick 'r Treat (2007). In 2010 she played Eva in the hit TNT series Dark Blue (2009). In 2011 she had a recurring role in the ABC series Detroit 1-8-7 (2010) as prosecutor Alice Williams, until her character was murdered in the 1-11-2011 episode "Key to the City." She also plays the part of Amber James, the former girlfriend of Keith Watson, on ABC's Desperate Housewives (2004).She is represented by Ryan Daly of Zero Gravity Management.