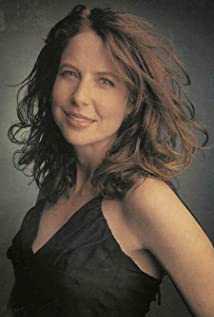 Robin Weigert is an American actress. She's Jewish and of German descent. She is primarily known for television roles, and was once nominated for a "Primetime Emmy Award for Outstanding Supporting Actress in a Drama Series".In 1969, Weigert was born in Washington D.C., the capital of the United States. Her parents were the psychiatrist Wolfgang Oscar Weigert and his wife Dionne Laufman. Her father was from Berlin, Germany, but emigrated to the United States decades before Robin's birth.Weigert was educated at Brandeis University, an American private research university located in Waltham, Massachusetts. Brandeis is a secular, non-sectarian, and coeducational institution, sponsored by the Jewish-American community, It was named after Louis Dembitz Brandeis, the first Jewish Justice of the Supreme Court of the United States (1856-1941, term 1916-1939). Weigert graduated in 1991, at the age of 22.Deciding to follow an acting career, Weigert enrolled in the Graduate Acting Program of the New York University Tisch School of the Arts. Tisch is a performing, cinematic, and media arts school located in Manhattan, New York City. Following her graduation, Weigert spend the first years of her career as a theatrical actress in New York City. She eventually decided to move to Los Angeles, California, where she hoped to find better career opportunities.Weigert started her television career with cameo roles in television films such as "Mary and Rhoda" (2000), a spin-off of the sitcom "The Mary Tyler Moore Show" (1970-1977). She appeared in guest star roles in a number of police procedural television series, such as "Law & Order", "Without a Trace", "NYPD Blue", "CSI: Crime Scene Investigation", and "Law & Order: Special Victims Unit". Her first recurring role was that of Detective Anna Mayes in the early seasons of the police procedural series "Cold Case" (2003-2010). In the series Mayes is a former work colleague of Scotty Valens (one of the main characters) and is on occasion called to assist the main team in their investigations of cold cases.From 2004 to 2006, Weigert played her breakthrough role of frontierswoman Martha Jane "Calamity Jane" Canary (1852-1903) in the Western television series "Deadwood" (2004-2006). The series was set in the 1870s, and depicted life in the Dakota Territory (1861-1889), an organized incorporated territory of the United States. Weigert's role as the "unkempt, cantankerous, and foul-mouthed drunkard" Calamity Jane received critical praise. Weigert was nominated for a "Primetime Emmy Award for Outstanding Supporting Actress in a Drama Series" for this role, but the Award for 2004 was instead won by rival actress Drea de Matteo (1972-).The increased attention helped Weigert gain a number of film roles. She appeared in the drama film "Loggerheads" (2005) which depicted estranged families, in the neo-noir film "The Good German" (2006), and the drug-addiction themed film "Things We Lost in the Fire" (2007). She had a more substantial role in the "postmodern" drama film "Synecdoche, New York" (2008), playing the adult version of the character Olive Cotard (with the child version played by Sadie Goldstein).After several years of mostly appearing in films, Weigert returned to television in 2010 with the recurring role of lawyer Ally Lowen in the contemporary Western television series "Sons of Anarchy" (2008-2014). The series depicted the lives of a close-knit outlaw motorcycle club in California, and utilize Old West themes and motifs in a contemporary setting. Lowen was a recurring character in Seasons 3, 5, and 6.In 2013, Weigert played the lead role of Abby Ableman in the lesbian-themed drama film "Concussion". Weigert received critical praise for the role, and was nominated for a "Gotham Independent Film Award for Breakthrough Actor". The Award for the year was instead won by rival actor Michael Bakari Jordan (1987-).In 2015, Weigert joined the cast of the neo-noir television series "Jessica Jones" (2015-) during its first season. She played the role of physician Dr. Wendy Ross-Hogarth, the same-sex wife of lawyer Jeryn "Jeri" Hogarth (played Carrie-Anne Moss).In 2016, Weigert provided voice acting for the animated television series "Transformers: Robots in Disguise" (2015-2017). In the series, Weigert depicted the female villain Scatterspike, a member of the Scavengers. The Scavengers are depicted as a sub-group of the Decepticons, who earn a living by salvaging technological relics left behind by the Autobots during Cybertron's Great War.In 2017, Weigert depicted the CIA agent Heather Myles in the British mini-series "Fearless". Myles is the series' main antagonist. Also in 2017, Weigert joined the cast of the dramatic television series "Big Little Lies" (2017-). She plays the recurring role of Dr. Amanda Reisman. the therapist attending to a married couple, Perry and Celeste Wright (played by Alexander Skarsgård and Nicole Kidman).In 2018, Weigert played the role of "body-positive therapi

Take Me to the River