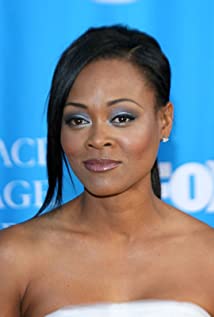 Robin Simone Givens was born on November 27, 1964 in New York City, to Ruth (Newby) and Reuben Givens. Her father left his family when Robin was a young girl, and she seldom saw him after that. Robin's mother raised her and her younger sister in Westchester, Connecticut. Her mother (once linked to Yankee outfielder Dave Winfield) always encouraged her children's creativity, and helped them develop an interest in the arts. When she was young, Robin began playing the violin but quickly decided it was not for her. She chose instead to channel her artistic energy through acting and, at the age of ten, she started acting classes at the American Academy of Dramatic Arts in New York City. In 1980, at fifteen, Robin enrolled as a freshman at Sarah Lawrence College to study pre-med. By her junior year, however, Robin's excitement about the idea of a career in acting intensified and she began taking her craft more seriously. Robin's first experience in Hollywood was on The Cosby Show (1984), the hottest show on television. As a result of the role, she and comedian Bill Cosby forged a great friendship which would prove instrumental in Robin's career. She also landed a guest appearance on Diff'rent Strokes (1978). Her career was just about to take off. Robin first made it big in Hollywood in 1986. She took a role in a television movie, Beverly Hills Madam (1986), as "April Baxter". But, it was later that year that Robin became a recognizable actress in Hollywood. She was given a role on the television series Head of the Class (1986) as "Darlene Merriman". The series was a comedy about a group of gifted high school students that were placed in an enrichment class. In 1988, Robin married boxing legend Mike Tyson. This union put her into the national spotlight, as Tyson was on the top of his career. He was one of the youngest boxers ever to receive the attention, acclaim and financial success that Tyson garnered. The marriage ended (on Valentine's Day), just a year later. Rumors hinted at abuse and infidelity. Robin gave marriage another chance in 1997, by marrying her tennis instructor Svetozar Marinkovic. The marriage proved a total failure, as the two were separated since the day they married, and Robin filed for divorce citing "irreconcilable differences". Aside from a successful model and acclaimed actress, Robin is a mother. In October 1999, she gave birth to a baby boy. The baby's father is tennis player Murphy Jensen, but the couple are no longer together. She has another child, and she is raising the two boys today. In 2000, Robin took a controversial career move as she took over for Mother Love on the successful television talk show, Forgive or Forget (1998). Her stint was brief, as just a few months later, the show stopped production. Many point to Mother Love's devoted audience, and the odd dismissal of her from the show she pioneered and created. Robin has tried to forge a friendship with Mother Love, but Love doesn't appear interested. Robin called in during a Howard Stern interview of Mother Love, where she said she was "on her way to work", which although innocent, proved to upset Mother Love.

The Making of Trump