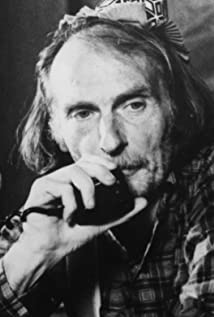 Roberts Blossom was a marvelously quirky, talented, and versatile character actor who was especially adept at portraying cantankerous old oddballs. Born in 1924 in New Haven, Connecticutt, Blossom graduated from the prestigious Asheville School in 1941 and attended Harvard. Roberts initially planned on being a therapist, but eventually changed his mind and decided to become an actor instead. He made his film debut in the bizarre and little seen independent feature "The Sin of Jesus" (1961). It wasn't until he was in his late forties and early fifties that Blossom really hit his stride acting in motion pictures. Roberts gave a truly remarkable and unforgettable performance as demented middle-aged backwoods lunatic Ezra Cobb in the creepy horror cult favorite "Deranged" (1974). Other memorable film roles include an ill-fated elderly patient in "The Hospital" (1971), a sickly soldier in "Slaughterhouse Five" (1972), Paul Le Mat's ornery father in "Citizen's Band" (1977), a farmer who saw Bigfoot once in "Close Encounters of the Third Kind" (1977), a venerable old felon in "Escape from Alcatraz" (1979), a kindly next door neighbor in "Home Alone" (1990), and a grumpy small town judge in "Doc Hollywood" (1991). Blossom did guest spots on such TV shows as "Northern Exposure," "The Twilight Zone," "The Equalizer," "Moonlighting," "Amazing Stories," and "Naked City." Moreover, Blossom was also a poet (he released some of his dramatic poems on video) and a playwright who won four Obies and a Show Business Award. After retiring from acting, Roberts settled in Berkeley, California and wrote poetry. He died at age 87 in Santa Monica, California on July 8, 2011.

The Quick and the Dead

Murder in the Heartland

The Last Temptation of Christ