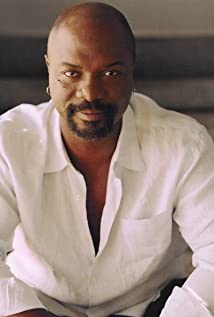 Robert Wisdom graces each of his diverse screen roles with a powerful, profound and cool presence-- from his commercial hits to his bold and proactive performances in a variety of new features. He starred on HBO's The Wire, generating wide critical praise. Wisdom appeared in The Hawk is Dying at the Sundance Film Festival, starring Paul Giamatti, Michelle Williams and Michael Pitt. In addition, Wisdom had a pivotal role in the Oscar-Award winning film Ray starring Jamie Foxx. Wisdom's versatility can be seen in films such as Storytelling opposite Selma Blair, Duplex opposite Drew Barrymore and Ben Stiller, Barbershop 2: Back in Business with Cedric the Entertainer and The Forgotten starring Julianne Moore. Wisdom has also appeared in the independent feature, Coastlines, directed by Victor Nunez. He also spent five months doing improvisation work to shape his character for director Michael Radford's Dancing at the Blue Iguana co-starring Daryl Hannah and Jennifer Tilly. Wisdom's success can also be seen on the television, including the critically acclaimed series Cracker, opposite Robert Pastorelli. His other credits include If These Walls Could Talk with Demi Moore and Sahara. His guest appearances include ER, NYPD Blue, Dharma and Greg, Judging Amy, and Boomtown.Wisdom was raised in Washington, D.C., the middle of three children of Jamaican parents. He attended St. Alban's School in D.C., then graduated from Columbia University in New York with a degree in history and economics. Wisdom's passion is world music and he plays several percussion instruments, including Cuban drums, and has traveled the world following his passion.