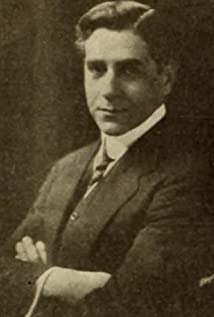 A prominent matinée stage and silent-film star with handsome features offset only slightly by a prominent proboscis, Robert Warwick was born and raised in Sacramento, California, as Robert Taylor Bien. The gift of music was instilled at an early age (he sang in his church choir) and he initially prepared for an operatic career. Studying vocally in Paris, he abandoned legit singing for acting after being hired in 1903 to understudy in the Broadway play "Glad of It". He grew quickly in stature in such popular stage roles as "Vronsky" in "Anna Karenina" (1907), and was a strong presence in the musical operettas "The Kiss Waltz" (1911) and "The Princess" (1912), the latter featuring his first wife, actress Josephine Whittell.With effortless charm, Warwick segued into romantic film roles, playing dashing leads in Alias Jimmy Valentine (1915), The Face in the Moonlight (1915), The Heart of a Hero (1916)--in which he portrayed Revolutionary War hero Nathan Hale--The Mad Lover (1917) and A Girl's Folly (1917). At one point he even formed his own production company, Robert Warwick Film Corp. The company produced four films before Warwick temporarily left Hollywood in 1917 to serve in WWI as an infantry captain.In the 1920s he shifted between Broadway and film leads. His well-modulated voice proved ideal for sound pictures, and he subsequently enjoyed a long career (over 200 films) in grand, authoritative character parts. Among his plethora of movie roles were "Neptune" in Night Life of the Gods (1935), "Col. Gray" in Shirley Temple's The Little Colonel (1935), "Sir Francis Knolly" in Mary of Scotland (1936) and "Lord Montague" in the Norma Shearer/Leslie Howard starrer Romeo and Juliet (1936). He also was seen to fine advantage in several of Errol Flynn's rousing costumers such as The Prince and the Pauper (1937), The Adventures of Robin Hood (1938), The Private Lives of Elizabeth and Essex (1939), and The Sea Hawk (1940). A grand, stately gent, he was often seen impersonating high-ranking military officers, dapper businessmen or stern but benevolent father figure types. The legendary Preston Sturges utilized his services, giving him small roles in The Great McGinty (1940), Christmas in July (1940) and The Lady Eve (1941) before handing him a standout part as an avuncular studio mogul in Sullivan's Travels (1941).For the most part, however, Warwick was humbled into playing smaller, serviceable roles in adventures and crime dramas, with many of these characters embracing unyielding traditionalist values. Other exceptions to this rule were his hammy, downtrodden Hollywood actor "Charlie Waterman" in In a Lonely Place (1950) and his dying tycoon in While the City Sleeps (1956). Warwick continued performing well into his 80s. Primarily on TV in his twilight years, he could be spotted frequently on such programs as The Twilight Zone (1959), Maverick (1957) and Dr. Kildare (1961). Divorced from his first wife, he survived his second, actress Stella Lattimore (1905-1960), before dying in 1964 following an extended illness. He had one daughter by his first wife; Rosalind, who bore him two grandchildren, and with his second wife another daughter, Betsey, who was a prominent published poet in Los Angeles and was buried next to her father at Holy Cross Cemetary in Los Angeles in 2007.

It Started with a Kiss

While the City Sleeps