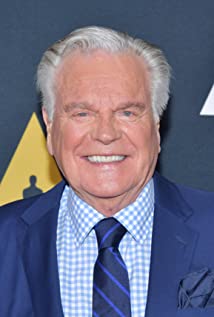 R.J. Wagner was born 1930 in Detroit, the son of a steel executive. His family moved to Los Angeles when he was seven. Always wanting to be an actor, he held a variety of jobs (including one as a golf caddy for Clark Gable) while pursuing his goal, but it was while dining with his parents at a restaurant in Beverly Hills that he was "discovered" by a talent scout. After making his uncredited screen debut in The Happy Years (1950), Wagner was signed by 20th Century Fox, which carefully built him up toward stardom. He played romantic leads with ease, but it was not until he essayed the two-scene role of a shell-shocked war veteran in With a Song in My Heart (1952) that studio executives recognized his potential as a dramatic actor. He went on to play the title roles in Prince Valiant (1954) and The True Story of Jesse James (1957), and portrayed a cold-blooded murderer in A Kiss Before Dying (1956). In the mid-'60s, however, his film career skidded to a stop after The Pink Panther (1963). Several years of unemployment followed before Wagner made a respectable transition to television as star of the lighthearted espionage series It Takes a Thief (1968). He also starred on the police series Switch (1975), but Wagner's greatest success was opposite Stefanie Powers on the internationally popular Hart to Hart (1979), which ran from 1979 through 1984 and has since been sporadically revived in TV-movie form (another series, Lime Street (1985), was quickly canceled due to the tragic death of Wagner's young co-star, Samantha Smith). Considered one of Hollywood's nicest citizens, Robert Wagner has continued to successfully pursue a leading man career; he has also launched a latter-day stage career, touring with Stefanie Powers in the readers' theater presentation "Love Letters". He found success playing Number Two, a henchman to Dr. Evil in Austin Powers: International Man of Mystery (1997) and its sequels, and in 2007, he began playing Teddy Leopold, a recurring role on the CBS sitcom Two and a Half Men (2003).

What Happened to Monday