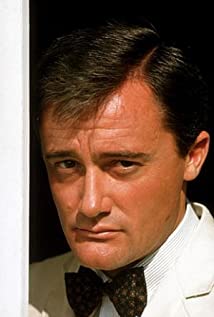 Robert Francis Vaughn was born on November 22, 1932 at Charity Hospital in New York City, the son of show business parents, Marcella Frances (Gaudel) and Gerald Walter Vaughn. His father was a radio actor and his mother starred on stage. Robert came to the public's attention first with his Oscar-nominated role, in The Young Philadelphians (1959). The next year, he was one of the seven in the western classic The Magnificent Seven (1960). Despite being in such popular films, he generally found work on television. He appeared over 200 times in guest roles in the late 1950s to early 1960s. It was in 1963 that he received his first major role in The Lieutenant (1963). Robert took the role with the intention of making the transition from being a guest-star actor to being a co-star on television. It was due to his work in this series that producer Norman Felton offered him the role of Napoleon Solo in The Man from U.N.C.L.E. (1964).Four extremely successful years (1964-68) followed as the series became one of the most popular television series of the 1960s. It made Vaughn an international television star, but he wanted to embark on a career in film, and did so soon after the series ended in 1968 by co-starring in Bullitt (1968) with Steve McQueen. Now working in film full-time, he starred in The Bridge at Remagen (1969) and The Mind of Mr. Soames (1970), before making a change by going back to television, this time in England. He took a lead role in the series The Protectors (1972) and stayed in England for the first half of the 1970s. He returned to the United States in the mid-1970s and embarked on a very successful run of television miniseries roles that resulted in his receiving an Emmy Award in 1978 for Washington: Behind Closed Doors (1977) and a nomination the following year for Backstairs at the White House (1979).The 1970s proved a important time in Robert's life, as in 1974, he married actress Linda Staab, and completed his thesis on Hollywood blacklisting during the McCarthy "Red Scare" era, published in 1972 as "Only Victims: A Study of Show Business Blacklisting". During the 1980s, he mixed television with film. Roles in such films as S.O.B. (1981), Superman III (1983), The Delta Force (1986) and Black Moon Rising (1986) were highlights. In television, he appeared in many successful series, most notably in The A-Team (1983) and Emerald Point N.A.S. (1983).He continued with a diverse range of projects, appearing on stage on numerous occasions. The 1990s saw the same variety of roles. Made-for-TV movies were a popular choice for him, as well as such series as As the World Turns (1956), The Nanny (1993) and Law & Order (1990). He had a role in the 1998 series remake of the classic film in which he appeared, The Magnificent Seven (1998). He also appeared in major features such as Joe's Apartment (1996) and BASEketball (1998), and in smaller roles in subsequent years.Robert died of acute leukemia on November 11, 2016 in Ridgefield, Connecticut. His last acting credit, Gold Star (2017), was released the year of his death.

A Cry from Within