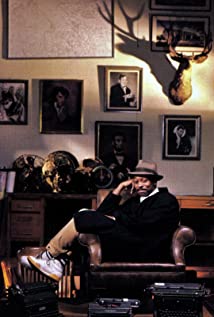 Robert Townsend transcends any medium he touches whether he's performing stand up, acting, writing, directing, producing, or running a television network. A Chicago native, Townsend is often referred to as one of the "Godfathers" of the Independent Film World." With over 30 years in the business, he has made an indelible mark in Hollywood with an extensive list of credits. Robert's genius first revealed itself in elementary school. As a kid Robert was always fascinated with television, watching and studying it tirelessly, he began to practice acting out scenes and impersonating famous characters. At his school during a reading of Shakespeare's Oedipus Rex he dazzled the class with his ability to transform effortlessly into character, as a result Robert's remarkable versatile talent as a young actor was born and caught the attention of Chicago's Experimental Bag Theatre. Robert made an unforgettable mark in his hometown of Chicago, where he went onto New York's renowned comedy club the Improvisation that initiated his career as a stand-up comedian. Then for Robert it was on to Hollywood, where he dabbled in a mixture of industries and found that with his versatile talent, he was able to adapt easily from being a comedian to a full-screen actor. Robert's first film appearance was (uncredited) in popular urban classic, Cooley High (1975). His break came while performing on various television comedy specials including Rodney Dangerfield: It's Not Easy Bein' Me (1986) and Uptown Comedy Express (1987). Although comedy had been his forte during the early part of his career, he knew he was destined to be on the big screen. He landed the role of a lifetime co-starring opposite Denzel Washington in A Soldier's Story (1984), and appeared with Diane Lane in Streets of Fire (1984) and Kevin Costner in American Flyers (1985).Once in Hollywood, seeing the difficulty Black Actors had and the lack of good work available in the film industry, left a burning desire for Robert to step behind the camera. With his acting career in high gear, Robert's career took a turn for the best when Robert Townsend the "independent filmmaker" was born. He wanted to do something to fill this void and without formal film education or outside funding (he used his own credit cards to finance), Robert wrote, directed, produced and starred in his own first film. The result was the critically acclaimed Hollywood Shuffle (1987), a satire, depicting the trials and tribulations of Black Actors in Hollywood. The success of this film forced "Hollywood" to recognize and appreciate the visionary versatile talent of "Robert Townsend", Tinseltown's newest, talented actor and filmmaker.Following the success of "Hollywood Shuffle," film projects continued to pour in. He was soon directing Eddie Murphy in Eddie Murphy: Raw (1987). His next film endeavor was the popular tearjerker classic The Five Heartbeats (1991)," a semi-autobiographical piece; reminiscent of the 60s R & B male groups and the ups and downs of the music industry. This classic continues to be a favorite amongst audiences and one of the most talked about films in the industry. The Meteor Man (1993) that he also wrote, directed and starred in included a stellar cast: James Earl Jones, Bill Cosby and Eddie Griffin.In between features, Robert created and produced his ground breaking Cable Ace award-winning Partners in Crime (2005) variety specials for HBO and highly praised Townsend Television (1993) for FOX television. He also created and starred in the WB Network hit series The Parent 'Hood (1995).Townsend has made history by being nominated for over 30 NAACP Image Awards for film and television. At the 2001 NAACP Image Awards he directed three performers nominated in the best actor/actress category in three different films: Leon, for his role in NBC's Little Richard (2000); Alfre Woodard in the Showtime Movie Holiday Heart (2000) (which also garnered her a Golden Globe nomination) and Natalie Cole for her gripping self-portrayal in Livin' for Love: The Natalie Cole Story (2000) (for which she won the coveted Image Award for best actress). Townsend continued to helm films for the small screen: Carmen: A Hip Hopera (2001) for MTV Films, starring Beyoncé (one of the highest rated shows for MTV) and Image Award winner, 10,000 Black Men Named George (2002) for Showtime, a highly acclaimed period piece about the Pullman porter strike, starring Andre Braugher and Charles S. Dutton.Robert has worked with some of the top talent in Hollywood including: Ossie Davis, Ruby Dee, Denzel Washington, Halle Berry, Morgan Freeman, Alfre Woodard, Louis Gossett Jr., Keenen Ivory Wayans and Chris Tucker, just to name a few and is responsible for discovering many of Hollywood's A-List talent before they became household names. He is the mastermind behind many of Hollywood's favorite and best-remembered movies and hit series. Robert's body of work has been seen on MGM, Disney, Fox, NBC, HBO, WB and MTV.While busy as a

Scooby-Doo! Music of the Vampire

I Was a Teenage Faust