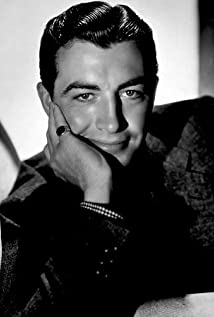 Takma İsimler: "The Man with the Perfect Profile", Arly, Bob, The New King

Born Spangler Arlington Brugh, Robert Taylor began displaying a diversity of talents in his youth on the plains of Nebraska. At Beatrice High School, he was a standout track athlete, but also showed a talent for using his voice, winning several oratory awards. He was a musician and played the cello in the school orchestra. After graduating he thought of music as a vocation and started studying music at Doane College in Crete, Nebraska. In the early 1930s he decided to follow in his father's footsteps and study medicine. He enrolled at Pomona College but also joined the campus theater group and found himself in many lead roles because of his handsome features. He was inspired to go on to the Neely Dixon Dramatic School, but about a year after graduating from Pomona, he was spotted by an MGM talent scout and given a contract in 1934. That same year, he appeared in his first movie, on loan-out to Fox for a Will Rogers entry, Handy Andy (1934). He also did an MGM short, Buried Loot (1935), for its "Crime Does Not Pay" series, which provided good exposure. However, the next year he did even better by being cast as the lead, again on loan-out, this time to then struggling Universal Pictures, in Magnificent Obsession (1935) with Irene Dunne, the story of a happy-go-lucky party guy who inadvertently causes blindness to the young lady he wishes to impress and then becomes a doctor in order to cure her. The movie was a big hit, and Taylor had a taste of instant box-office stardom. Along with his good looks, Taylor already showed solid dramatic skill. However, critics viewed of him as a no-talent flash-in-the-pan getting by on his looks (a charge levied at his closest contemporary comparison, Tyrone Power over at Fox). He had to endure some brutal reviews through his first years in Hollywood, but they would soon fade away. In 1935 alone, he appeared in seven films, and by the end of the year, he was at the top of his form as a leading man and being offered substantial scripts. The next year he appeared with Greta Garbo in Camille (1936), and for the remainder of the decade MGM's vehicles for him--not to mention a pantheon of top actresses--clicked with audiences. On a personal level, despite his impressive family background and education, Taylor would often strike those who met him as a mental lightweight. Intellectually inclined actress Luise Rainer was shocked when she struck up a conversation with him at a studio function in 1937 when, after asking him what his goals were, he sincerely replied that his most important goal was to accumulate "a wardrobe of ten fine custom-tailored suits." That he usually comes across on screen as having a confident, commanding presence is more of a testimony to his acting talent than his actual personality. He held rigid right-wing political beliefs that he refused to question and, when confronted with an opposing viewpoint, would simply reject it outright. He rarely, if ever, felt the need to be introspective. Taylor simply felt blessed to be working behind the walls of MGM. His affection for the studio would blind him to the fact that boss Louis B. Mayer masterfully manipulated him for nearly two decades, keeping Taylor's salary the lowest of any major Hollywood star. But this is also indicative of how much trust he placed in the hands of the studio's leaders. Indeed, Taylor remained the quintessential MGM company man and would be rewarded by remaining employed there until the demise of the studio system in the late 1950s, outlasting its legend, Clark Gable. Though not quite considered treasures to be locked away in film vaults, Taylor's films during the first five years of his career gave him the opportunity to explore a wide spectrum of romantic characters, playing young officers or doctors more than once. Some noticeable examples of the variety of roles he took over a year's time were his chip-on-the-shoulder Lee Sheridan in A Yank at Oxford (1938), ladies' man/boxer Tommy McCoy in The Crowd Roars (1938) and cynical southern gentleman Blake Cantrell in Stand Up and Fight (1939). Taylor would truly become a first-rate actor in the following decade. By the 1940s, he was playing edgier and somewhat darker characters, such as the title roles in Billy the Kid (1941) and smooth criminal Johnny Eager (1941). With the arrival of the war, Taylor was quick to make his contribution to the effort. As an actor, he made two memorable combat movies: Stand by for Action (1942) and the better known (and for the time, quite graphic) Bataan (1943). From 1943 to 1946, he was in the US Naval Air Corps as a lieutenant, instructing would-be pilots. He also found time to direct two flight instruction training films (1943) and other training films for the Navy. Rather didactic in his ultra-conservative political beliefs, he became involved in 1947 as a "friendly witness" for the House Un-American Activities Committee investigating "Communist subversion" in the film industry. Anyone who knew Taylor knew

Ayn Rand: A Sense of Life

Return of the Gunfighter