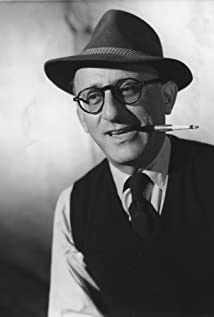 The director Robert Siodmak (which he insisted, be pronounced 'See-odd-mack') was a masterful film maker who successfully blended the techniques of German Expressionism with contemporary styles of American film, particularly film noir, in the process creating a handful of moody, sometimes chilling, and always memorable motion pictures. Though born in Memphis, Tennessee, of Jewish parents who visited on business, Siodmak spent his youth in Germany from the age of one. He received his tertiary education from the University of Marburg and briefly tried his hand at acting with local stock companies. When this didn't work out, he joined his father in the bank business, but with rampant inflation and the Great Depression about to hit, this too was a short-lived venture. After losing much of his own money on the stock market, Siodmak managed to get a job writing titles for imported American films and, by 1927, progressed to film cutter.In 1929, Siodmak managed to coax producer Seymour Nebenzal to finance an experimental film based on a story written by Robert's brother Curt, People on Sunday (1930). The film, essentially a series of light-hearted vignettes using non-professional actors, was co-directed by Siodmak in conjunction with Edgar G. Ulmer, and co-written by Billy Wilder. The resulting popularity of this little film led to a contract with Erich Pommer at UFA. Siodmak's first noted effort as director was the comedy/drama Looking for His Murderer (1931), again with brother Curt and Billy Wilder writing the screenplay. The story concerned a man tired of living, but too cowardly to commit suicide. He takes out a contract on himself but, after the contract has been sold to an unknown, changes his mind, desperately trying to figure out the identity of his would-be assassin. The film was ahead of its time (and the plot has been copied many times since) but failed at the box office. Siodmak's second effort, Voruntersuchung (1931) ('Inquest'), was a murder mystery in which the son of the magistrate prosecuting the case was the chief suspect. This picture truly established Siodmak on the scene as a leading exponent of expressionism, using lighting and photography to convey emotion, such as fear and repulsion. 'Voruntersuchung' is very much a victory of style over content, laden with atmosphere and imbued with realistic detail, both sight and sound. There are unusual camera angles and close-ups, flashing lights and incidental sounds (for example, a ruler scraped along heating pipes to intimidate an interrogated suspect) not used as prominently on screen before.When Hitler came to power in Germany, Siodmak joined Billy Wilder in Paris and stayed there until 1940. He directed varied output, from the depression-era musical La crise est finie (1934) with Danielle Darrieux and the Jacques Offenbach operetta La vie parisienne (1936), to the taut suspenser Personal Column (1939), which dealt with the trapping of a Ripper-style serial killer. In 1940, Siodmak was on the very last ship leaving France for America on the eve of Germany's occupation of Paris.After a brief stay at Paramount from 1941 to 42, Siodmak found his niche at Universal (1943-48), a studio renowned for combining expressionist techniques with Hollywood neo-realism, particularly through their horror and thriller output. Siodmak's experience with editing and having filmed in France on relatively low budgets, enabled him to create at Universal a number of quality films which looked good without being expensive to produce. After directing the atmospheric, though routinely-plotted, Son of Dracula (1943) 1943, Siodmak had a noteworthy hit with the murder mystery Phantom Lady (1944). This film maintained suspense throughout, by its fast pace, the use of moody lighting and clever little touches, such as a strange hat which leads to the discovery of the key witness in the story. Siodmak was also able to elicit strong performances from his cast, in particular, Franchot Tone as the murderer. Another excellent Siodmak film that year was the period drama The Suspect (1944), set in 19th century gas-lit London, starring Charles Laughton as a man driven to murdering his shrewish wife.Generally recognised as Siodmak's masterpiece, was the stylish thriller The Spiral Staircase (1946), a joint venture between RKO and David O. Selznick's Vanguard Films. The story of a demented perfectionist, who murders deformed girls, is set in a gothic New England mansion in 1906, against the backdrop of a raging thunderstorm. The film is rich in period detail and imagery. Because the chief protagonist and next on the killer's hit list (Dorothy McGuire) is mute, Siodmak used reflections and disconcerting mirror images to convey terror, much in the same way Murnau did in his silent horror classic Nosferatu (1922). George Brent, as the villain, gave arguably the best performance of his career.Now firmly ensconced as a director of A-grade films, Siodmak proceeded to direct The Killers (1946), a

Custer of the West

Pyramid of the Sun God

Treasure of the Aztecs

Flesh and the Woman

The File on Thelma Jordon