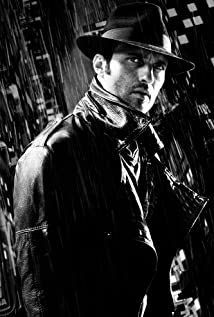 Robert Anthony Rodriguez was born and raised in San Antonio, Texas, USA, to Rebecca (Villegas), a nurse, and Cecilio G. Rodríguez, a salesman. His family is of Mexican descent.Of all the people to be amazed by the images of John Carpenter's 1981 sci-fi parable, Escape from New York (1981), none were as captivated as the 12-year-old Rodriguez, who sat with his friends in a crowded cinema. Many people watch films and arrogantly proclaim "I can do that." This young man said something different: "I WILL do that. I'm gonna make movies." That day was the catalyst of his dream career. Born and raised in Texas, Robert was the middle child of a family that would include 10 children. While many a child would easily succumb to a Jan Brady sense of being lost in the shuffle, Robert always stood out as a very creative and very active young man. An artist by nature, he was very rarely seen sans pencil-in-hand doodling some abstract (yet astounding) dramatic feature on a piece of paper. His mother, not a fan of the "dreary" cinema of the 1970s, instills a sense of cinema in her children by taking them on weekly trips to San Antonio's famed Olmos Theatre movie house and treats them to a healthy dose of Hollywood's "Golden Age" wonders, from Sergio Leone to the silent classic of Charles Chaplin and Buster Keaton.In a short amount of time, young Robert finds the family's old Super-8 film camera and makes his first films. The genres are unlimited: action, sci-fi, horror, drama, stop-motion animation. He uses props from around the house, settings from around town, and makes use of the largest cast and crew at his disposal: his family. At the end of the decade, his father, a salesman, brings home the latest home-made technological wonder: a VCR, and with it (as a gift from the manufacturer) a video camera. With this new equipment at his disposal, he makes movies his entire life. He screens the movies for friends, all of whom desperately want to star in the next one. He gains a reputation in the neighborhood as "the kid who makes movies". Rather than handing in term papers, he is allowed to hand in "term movies" because, as he himself explains, "[the teachers] knew I'd put more effort into a movie than I ever would into an essay." He starts his own comic strip, "Los Hooligans". His movies win every local film competition and festival. When low academic grades threaten to keep him out of UT Austin's renowned film department, he proves his worth the only way he knows how: he makes a movie. Three, in fact: trilogy of short movies called "Austin Stories" starring his siblings. It beats the entries of the school's top students and allows Robert to enter the program. After being accepted into the film department, Robert takes $400 of his own money to make his "biggest" film yet: a 16mm short comedy/fantasy called Bedhead (1991).Pouring every idea and camera trick he knew into the short, it went on to win multiple awards. After meeting and marrying fellow Austin resident Elizabeth Avellan, Robert comes up with a crazy idea: he will sell his body to science in order to finance his first feature-length picture (a Mexican action adventure about a guitarist with no name looking for work but getting caught up in a shoot-'em-up adventure) that he will sell to the Spanish video market and use as an entry point to a lucrative Hollywood career. With his "guinea pig" money he raises a mere $7,000 and creates El Mariachi (1992). But rather than lingering in obscurity, the film finds its way to the Sundance film festival where it becomes an instant favorite, wins Robert a distribution deal with Columbia Pictures and turns him into an icon among would-be film-makers the world over. Not one to rest on his laurels, he immediately helms the straight-to-cable movie Roadracers (1994) and contributes a segment to the anthology comedy Four Rooms (1995) (his will be the most lauded segment).His first "genuine" studio effort would soon have people referring to him as "John Woo from south-of-the-border". It is the "Mariachi" remake/sequel Desperado (1995). More lavish and action-packed than its own predecessor, the movie--while not a blockbuster hit--does decent business and launches the American film careers of Antonio Banderas as the guitarist-turned-gunslinger and Salma Hayek as his love interest (the two would star in several of his movies from then on). It also furthers the director's reputation of working on low budgets to create big results. In the year when movies like Batman Forever (1995) and GoldenEye (1995) were pushing budgets past the $100 million mark, Rodriguez brought in "Desperado" for just under $7 million. The film also featured a cameo by fellow indie film wunderkind, Quentin Tarantino. It would be the beginning of a long friendship between the two sprinkled with numerous collaborations. Most notable the Tarantino-penned vampire schlock-fest From Dusk Till Dawn (1996). The kitschy flick (about a pair of criminal brothers on the run from

We Can Be Heroes

Happier Than Ever: A Love Letter to Los Angeles

Inmate #1: The Rise of Danny Trejo