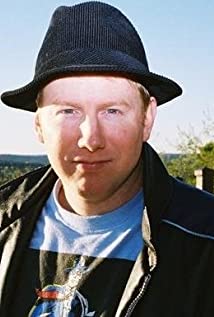 Robert Murphy is best known for his work as the Director of Photography for the independent film "In Search of a Midnight Kiss." He also plays Jack-meaux, Vivian's ex-boyfriend in the film, and his band, Sybil, has a couple of songs featured on the film's soundtrack: "Discolite," "Mocha Queen," and a cover of the Scorpions' "Wind of Change."Murphy has been shooting films and making music for 17 years. After growing up in the cultural mecca of Beaumont, Texas, he attended the University of Texas where he majored in film and English. Since then he has worked on a variety of film and video projects, ranging from a stint as a production assistant on Waiting for Guffman to a gig as the cinematographer of a French rap video for Tony Parker's record label.Murphy has written and directed one feature, All Night Boogie, in which he also starred. He has also worked as the cinematographer on three independent high definition projects this past year, including the thriller Christian Roane and a short comedy called Grammy's.In his spare time, Murphy enjoys jamming with Sybil, who has had their extensive catalog of music featured on MTV's "The Real World", the Dr. Demento radio show, XM Radio, and college radio stations across Texas.Murphy's heroes include Stanley Kubrick, Kurt Cobain, James Brown, Martin Scorsese, Jessi Klein, Woody Allen, Liz Phair, Emily Blunt, Fiona Apple, his mom, dad, brother, close friends, Fellini, Vince Young, and Michael Scott.

In Search of a Midnight Kiss