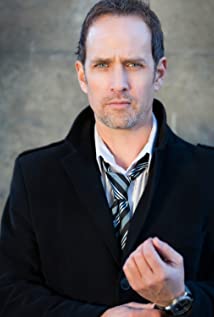 Robert Moloney is a professional actor based in Vancouver, Canada. Known for his versatility, Robert maintains a busy career in film, television, and theatre. Originally from Calgary AB, Robert started acting in High School (Sir Winston Churchill), before moving to Vancouver to study drama at the prestigious Studio 58 Theatre School. He began working immediately upon graduating in popular television shows like The X-Files (1993), The Outer Limits (1995), and Stargate SG-1 (1997). In his 20 year career, Robert has had the Honor to work with some of the best actors and directors in the business, including Leonardo DiCaprio in The Revenant (2015), William H. Macy in Door to Door (2002), Robert Altman in Killer App (1998) (a pilot for FOX), Mark Rydell in Masters of Science Fiction (2007), Zach Snyder in Man of Steel (2013), and Alejandro Gonzales Inarritu, (The Revenant). His work has taken him across Canada and as far away as Australia where he shot the Dr. Who spin-off, K9 (2009). He has been nominated for a Leo award for the MOW Christmas on Chestnut Street (2006) and for two Jessie Richardson Theatre Awards - winning for his portrayal of Steve in Clybourne Park, (Arts Club Theatre). In his down time, Robert is an avid downhill skier, urban cyclist, cigar lover and social and environmental activist. And he is very much in love with his girlfriend Julie Lynn Mortensen.

He Loves You Not