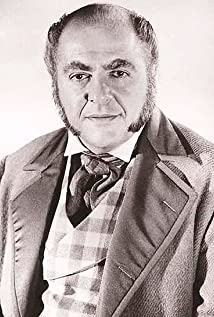 Despite the fact that hefty, beetle-browed character actor Robert Middleton (born Samuel G. Messer) was known for most of his career as a mop-faced villain capable of the most vicious and contemptible of crimes, the man himself was quite a happy and hearty gent who loved to play practical jokes, particularly on his family. Robert was educated at the University of Cincinnati and the Carnegie Institute of Technology, where he studied music. His deep, mellifluous voice earned him steady work as a radio announcer which, in turn, sparked his interest in acting.In the early 1950s Middleton made it to Broadway, appearing in "Ondine." This in turn led to films and TV, where he solidified his evil image in such strong fare as The Desperate Hours (1955) as a sadistic killer, The Court Jester (1955) as a grim and determined knight who jousts with Danny Kaye in the famous "pellet with the poison" sequence, and as a sinister politician in The Lincoln Conspiracy (1977). Betwixt and between were an array of brutish mountain daddies, corrupt, cigar-chomping town bosses and lynch mob leaders. Occasionally he showed a bit of levity, as in his recurring role as Jackie Gleason's boss on The Honeymooners (1955) sketches. Middleton died of congestive heart failure in Hollywood at the age of 66.

A Big Hand for the Little Lady