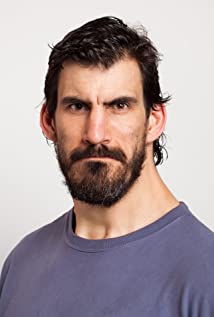 Retired Canadian professional wrestler turned actor. Trained under Bret Hart, Leo Burke and Stephen Petitpas. Debuted in 1989 as the Acadian Giant for Atlantic Grand Prix Wrestling. Competed for years in Canada, Japan and South Korea, using the name Goliath El Gigante. Arrived in the U.S. in 1997 as the Interrogator of the Truth Commission, a team with the gimmick of a South African white supremacist paramilitary group, with the name being a reference to the Truth and Reconciliation Commission. The Truth Commission (The Interrogator and Recon (Barry Buchanan)) were 3x USWA (United States Wrestling Association in Memphis) World Tag Team Champions. The Truth Commission (Interrogator, Recon, Sniper [Luc Poirier] and manager the Commandant (Robin Smith) debuted in WWE as heels (Smith was replaced by the Jackyl (Don Callis) in September). After the Jackyl took over the group, they evolved into more of a commando cult. Maillet was reintroduced on the December 8, 1997 "WWF Raw Is War" as Kurrgan, a name taken from Highlander (1986). Kurrgan and the Jackyl broke away from the Truth Commission, effectively ending the group. Kurrgan was built up as a monster heel, crushing his opponents with his claw hold the Paralyzer. He entered the 1998 Royal Rumble at #12. He eliminated Headbanger Mosh and Steve Blackman, and it took five guys, 8-Ball, Bradshaw, Ken Shamrock, Phineas I. Godwinn and the Rock, to eliminate him. He disappeared for a few months until he returned as a member of the Jackyl's new stable the Oddities on the June 15th "WWF Raw is War." After the Jackyl was replaced by Sable (Rena Mero) and the Insane Clown Posse joined the group, Kurrgan became a face (good guy) for the first time in his U.S. career. The Oddities by the end of 1998 were reduced to Kurrgan, Golga (John Tenta), the Giant Silva (Paulo Silva) and George 'The Animal' Steele and were jobbed out (lost all their matches) on the weekend B-shows "WWF Jakked" and "WWF Sunday Night Heat" and were all released in early 1999. Continued to compete in Canada and elsewhere before retiring and focusing on acting. He is also a former 2x ECCW (Extreme Canadian Championship Wrestling in British Columbia, Canada) Heavyweight Champion.

The Young and Prodigious T.S. Spivet