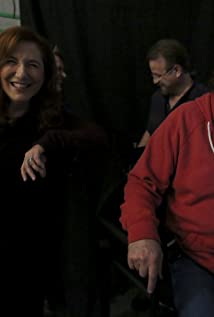 Robert Lieberman is the director of D3:The Mighty Ducks, the third edition of one of Disney's more successful franchises. He started his feature career back in 1982 directing Jon Voight in Table For Five, fresh off his Best Actor Oscar for Coming Home and over the intervening almost twenty years has directed seven additional films including, Fire in the Sky, All I Want For Christmas with Thora Birch, Leslie Nielson and Lauren Bacall, The Tortured for Twisted Pictures (The SAW series), The Stranger, and now Breakaway, which will be a Gala presentation at the 2011 Toronto Independent Film Festival.For over three decades, Robert Lieberman has been one of the busiest and most successful directors in film and television. Winning 29 Clio Awards and becoming the first recipient of the Directors Guild of America's Best Commercial Director award, in 1980. He won the DGA award again in 1996 and has been nominated a total of four times. His more than 1,000 commercials include spots for AT&T, Budweiser, Burger King, Coca-Cola, McDonald's, Merrill Lynch, Hallmark, Sprint and literally hundreds more A list companies, recently returning from Shanghai where he directed Yao Ming in an Oreo commercial.Rob began directing dramatic television in the early 1980s, and has amassed numerous credits including multiple episodes of Dexter, Brothers & Sisters, Eureka, Shark, Haven, multiple episodes of Republic of Doyle and Lost Girl, The X-Files, thirtysomething, Gabriel's Fire, which he also Executive Produced and which garnered three Emmys, Harts of the West, The Young Riders (ran three seasons), Tom Clancy's Netforce, with Kris Kristofferson, which he also wrote, Once and Again, Strong Medicine (ran for six seasons), the telefilm Will: The Autobiography of G. Gordon Liddy, the miniseries Titanic, starring Catherine Zeta-Jones and George C. Scott for CBS. For TNT he directed the original movie Second String which was his second outing with Mr. Voight and for SyFy he directed two mini-series Earthsea with Isabella Rossellini and Danny Glover and The Final Days of Planet Earth starring Daryl Hannah. He served as Executive Producer of USA Network's long running hit, The Dead Zone (ran seven seasons) and also directed many of the episodes. Of the nineteen pilots that Mr. Lieberman directed, sixteen sold through to series, one of the most successful records in television history. Mr. Lieberman co-created and Executive Produced the daytime talk show Marilu and the Fox reality show The Casino, which he co-developed with Mark Burnett Productions.A graduate of the University at Buffalo with a B.A. in Film, Rob has been the recipient of numerous awards from the Chicago Film Festival to the San Francisco Film Festival, many Andys, Addys, Mobius Awards, Commercial of The Year from the industry magazine Ad Age; Gold and Silver Lions for commercials at the Cannes Festival; as well as two DGA Director of the Year in commercials.He is the father of four and lives with his wife in Los Angeles and Toronto.