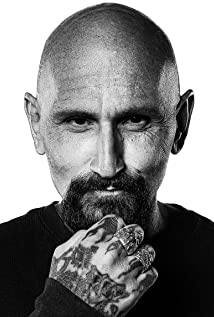 Robert LaSardo was born in Brooklyn, New York. He began his career studying at the High School of Performing Arts in New York City, before going on to the Stella Adler Studio of Acting. He spent four years in the U.S. Navy. For two of those years, he handled Navy attack dogs in the Aleutian Islands. He is best known for his portrayal of Escobar Gallardo on the FX hit series Nip/Tuck. He has also appeared in the Warner Brothers film The Mule, playing opposite Clint Eastwood. LaSardo has extensive chest, neck, and arm tattoos. He is an Italian American and Native American.