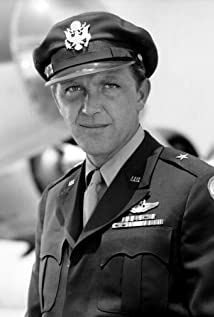 His tall stature, tough looks and commanding manner belied an often thoughtful and introspective screen personality. Not that acting had necessarily been Robert Lansing's only career choice - there had been jazz. As a youngster, he played drums with various dance bands and was bitten by the acting bug after performing in and directing high school plays, winning the Southern California Shakespearean Festival for dramatic acting at the age of fifteen. Then came two years of army service in Japan where he worked with the Armed Forces Radio Service. After his discharge, he hitched a ride to New York but stopped over in Ft. Wayne, Indiana, to spend two years as a radio announcer and act in local theatre.Once finally arrived in the 'Big Apple', he became just another struggling hopeful, frequenting the soup kitchen on 6th Avenue and travelling to auditions. Like countless others in the same position, he had to do in-between jobs to make ends meet. In his case this meant working in a plastics factory and as a hat check attendant at a Latin Quarter nightclub. His first big break came about, when he was hired to play the part of Dunbar in 'Stalag 17' on Broadway in May 1951. This was followed by roles in several prestige plays, including 'Cyrano de Bergerac' and 'Richard III', but neither resulted in recognition or financial reward. By 1956, Lansing was still living with his wife and child in a vermin-infested tenement on Second Avenue. Considering himself the last 'no-name leading man' in New York, he decided to return to California and try his luck in films.After a few small parts in TV anthology dramas he landed his first leading role on the big screen as a scientist who stumbles upon a method to penetrate solid matter (needless to say, with predictably dire consequences) in the low budget -- but slickly made -- sci-fi potboiler 4D Man (1959). A throwback to earlier genre classics about man transformed into monster through scientific experimentation, it offered some innovative special effects and clever make-up in the deterioration of Lansing's latter-day Dr. Jekyll. More television work followed, including a lead in the short-lived detective series 87th Precinct (1961) which resulted in the Lansing family settling permanently on the West Coast. His next milestone did not eventuate until four years later, when he was cast as Brigadier General Frank Savage in 12 O'Clock High (1964). His performance was entirely convincing: of a military man attempting to balance duty with humanity and compassion. At the height of his popularity, Lansing's character was suddenly killed off half way through season two. Given the show's new timeslot at 7.30 P.M., the sponsors clamoured for a younger actor to woo the teen audience (ironically, his replacement, Paul Burke, was actually two years his senior!). They put forward another spurious argument in that audiences could not relate to a military man above middle-echelon rank. Understandibly a little bitter from this experience, Lansing moved on to playing the dual lead in the espionage drama The Man Who Never Was (1966). Filmed on location in Europe, this was yet another series destined to be axed after a brief run. In-between his regular series work, Lansing had also essayed George Armstrong Custer in three episodes of Branded (1965) (not without incident: on one occasion, he was thrown off his horse and landed in hospital with a broken hip) and starred as the sympathetic lead of the family feature Namu, the Killer Whale (1966).In 1968, Lansing guested as Gary Seven in 'Assignment: Earth', one of the most likeable and well-written episodes of Star Trek: The Original Series (1966) . His self-assured performance effectively stole the show. It was slated to be the pilot for a spin-off series. Sadly, by this time, the original series was already on the verge of cancellation and the project never got off the ground. Luck was not to be Bob Lansing's middle name. Nonetheless, he kept busy during the next two decades acting on the stage, where he enjoyed rather more critical, if not financial, success (frequently performing at the Long Wharf and Cherry Lane Theatres). He received much praise for his one-man shows 'Damian' and 'The Disciple of Discontent'. His final Broadway appearance was as Benjamin Hubbard in a revival of 'The Little Foxes' in 1981. He also continued regular screen work, notably as Edward Woodward's 'Control' in The Equalizer (1985) and as the laconic lead of mutant bug monster movies like Empire of the Ants (1977) and The Nest (1988). A heavy smoker, Bob Lansing died from lung cancer one year into his last regular series, Kung Fu: The Legend Continues (1993).

Empire of the Ants