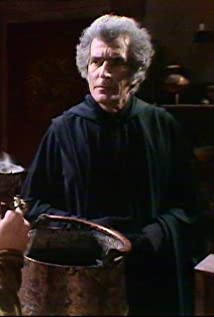 Robert James was a Scottish actor whose gift for subtle characterisation meant that he was rarely out of work in a career on stage, television and in film which spanned over five decades. He was recognisable stalwart of British television drama, a prolific "I know the face, but" performer of intelligence, authority and a distinctive countenance: large, beguiling eyes, pronounced cheekbones and latterly, a mighty shock of white hair, augmented by a slightly lisped diction. Held in high esteem by fellow members of the profession, he always gave good value: lending sharpness to the judiciary, geniality to the clergy or eccentricity to the scientist. He was born in Paisley, and despite his father's determination that he should be a lawyer (he was academically bright and even started working for a solicitor's firm after graduating from university) his love for theatre led to a zest for amateur dramatics and he was spotted by a director from The Wilson Barrett Company. They gave him his first professional role, and he quit the day job, ultimately appearing in over 100 productions for them at The Glasgow Alhambra during the late 40's/early 50's. Despite being extremely busy in television, he continued treading the boards for forty years, loving being a company man whether it be at The Liverpool Playhouse (where he met his wife) or The Almeida. His film appearances, initially as a bit player, included the Titanic film "A Night To Remember" (1958) in which he was among an illustrious bevy of British talent giving uncredited cameos (Norman Rossington, Desmond Llewellyn, Stratford Johns and Derren Nesbitt were literally in the same boat). James played the engine room officer, giving a touching performance that embodied the moving stoicism of the picture. In "Doctor Who", his affecting performance as conscience stricken scientist slowly losing his mind in "The Power Of The Daleks" (1966) is considered among the best performances given by a guest actor in the show. In person a witty, unassuming and modest man, he also lent his experience and encouragement to the Hadleigh Amateur Dramatic Society for whom he was a valued chairman.

Doctor Who: The Power of the Daleks

The Jewel in the Crown