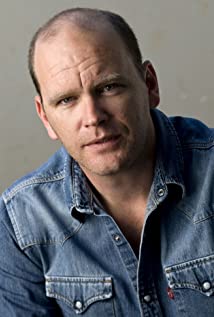 Robert Hobbs was born in Cape Town, South Africa in 1972 and educated at the University of Cape Town, graduating with a BA/Performers Diploma in Speech and Drama.His early years were spent in the South African theatre with highlights such as Macbeth for the State Theatre and Kindertransport for the world famous Market Theatre, along with multiple other productions. He was a founding member of Cape Town's longest running improvisational troupe Theatresports and also wrote and produced his own plays, notably Walking Joe and For Better For Wors to critical success.But it was in front of the camera that Hobbs found more global recognition establishing himself as a unique and versatile character actor working consistently in the current global film and television markets. In a career that has seen him working alongside many of Hollywoods A-list directors including Clint Eastwood, Phillip Noyce and Roland Joffe, he has created a niche for himself by portraying deeply complex characters in unique situations.His film breakthrough was Bravo Two Zero for the BBC. This was quickly followed by In My Country, directed by John Boorman. In My Country went on to be nominated for a Golden Bear Award at the Berlin Film Festival. Roger Ebert, reviewer for the Chicago Sun-Times wrote of the film that it had "moments of real emotion".In 2004 he filmed The Trail (Le Piste) directed by Oscar nominee for Best Documentary Short - Eric Valli. Lisa Nesselson of Variety called it "a ravishingly lensed wide screen tale". Hobbs also then completed numerous guest roles for television and short films, broadening his experience and knowledge of the medium.2005 saw Robert Hobbs cast as a supporting lead character in the BBC's mini series, To the Ends of the Earth, opposite Benedict Cumberbatch. To the Ends of the Earth was nominated for 6 British Film and Television Awards (BAFTA's) including Best Drama Serial and won the Satellite Award for Best Mini Series.Then, Krakatoa: The Last Days for the BBC/ Discovery went on to garner a Primetime Emmy Award Nomination in the US as well as a BAFTA nomination for best Visual Effects.In 2006, Robert Hobbs joined the cast of Catch a Fire directed by Phillip Noyce for Focus/ Universal starring opposite Oscar winner Tim Robbins. This film established Robert Hobbs as a global actor and led to high profile interest in his career.2007 saw Robert Hobbs complete a starring role in the South African blockbuster Jerusalema, for director Ralph Ziman. The film altered the local South African landscape both critically and at the box office. It won the prestigious Audience Award at the Durban International Film Festival 2008. In 2009 it was elevated to the International Watch List of films. Jerusalema generated near saturation coverage in the South African press and media. Barry Ronge, South Africa's premier film critic, wrote of Hobbs' performance that "he is shown to be a man of principle who really cares about the truth".2009 saw Hobbs cast in director Neil Blomkamp's District 9. It was nominated for 4 Oscars including Best Picture at the 2010 Academy Awards. This film has led to ongoing collaborations with Blomkamp through the years, including the feature Chappie, as well as a slate of short films for Oats Studios, Blomkamp's experimental initiative to disrupt the current film distribution model.2010 also saw Hobbs achieved a major personal milestone when he was cast by Clint Eastwood in Invictus, opposite Morgan Freeman and Matt Damon. As a child, it was Mr. Eastwood's gritty westerns screened on a shaky projector that had inspired him to take up acting. Invictus received an Oscar nomination for Mr. Freeman's performance as Nelson Mandela.2012 saw him back on the screen opposite Denzel Washington, Vera Farmiga and Ryan Reynolds in Safe House, which went on to box office success globally.Robert Hobbs continued his quest to work on films that not only make a difference but which honor great heroes when he signed on to Mandela: Long Walk to Freedom. Cast as the Chief Warden of Robben Island, he starred opposite Idris Elba and Naomie Harris for director Justin Chadwick. Mandela: Long Walk to Freedom premiered at the 2013 Toronto Film Festival. Mandela: Long Walk to Freedom won a 2014 Golden Globe for Best Original Song.He also achieved another milestone when he appeared opposite William Hurt in the BBC 2 / Discovery television film, 73 Seconds: The Challenger Disaster, which combined his passion for science and one of his favorite actors.2013 saw him sign on to Young Ones opposite Michael Shannon and Nicholas Hoult, for director Jake Paltrow. Young Ones premiered at Sundance 2014.He also featured opposite Mads Mikkelsen in Kristian Levring's Danish Western The Salvation for Zentropa Films. This period also saw him continue his extensive work for the small screen with highlights such Showtime's multiple Golden Globe winning series Homeland, Sober Companion for the SABC and as a series regular on Starz's audience f

Wild Is the Wind

The Pirates of Somalia