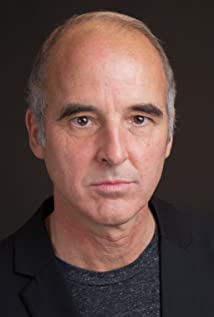 Robert Hatch is a SAG-AFTRA Film, Television, and Theatrical Actor and Military Veteran, originally from Philadelphia and raised in Atlanta, Georgia, where he grew up. Robert always loved going to the movies as a young kid and dreamed of being an actor one day, performing in musical theatre in high school. He attended the University of North Carolina, Chapel Hill on a Navy ROTC scholarship and graduated with a BA in Radio, Television, and Motion Pictures. Following in his Dad's footsteps, Robert was commissioned an Officer in the Navy, Supply Corps, and served on his first ship in California. After completing his active duty obligation, he served in the Navy Reserves and saw 35 countries around the world, retiring from the Navy as a Commander (O-5) after 28 years of service. After working for Coca-Cola USA in the Midwest, Robert got one of his big breaks hosting 2 television talk shows in Missouri while also performing in Community Theatre. The military took him overseas for 10 years to Albania, Germany and many other countries. He returned to the U.S. in 2003. While overseas, Robert took leave for three weeks and worked on the cast and crew for his first big-budget feature film "Buffalo Soldiers" in 2000 and he knew he had found his home in the movies. Robert has performed in over 25 theatrical productions and over 70 film/television projects. As an actor, Robert got his first SAG-AFTRA role as an 1830's Moravian Missionary in "The Trail of Tears" on a PBS TV series "We Shall Remain" in 2008, had principal roles in hit film with Ben Affleck in the "The Accountant" and most recently worked as Joe Schmitt, Chief NASA Suit Tech, along side Ryan Gosling in Oscar winning Director Damien Chazelle's film First Man in 2018. Robert has also had films that have screened at Sundance, Slamdance, Cannes, and Atlanta Film Festivals including winning an Accolade Film Award as Best Supporting Actor for the feature film "Paper Boys." As a film producer, Robert has numerous credits and was Executive Producer/Producer for the HD film "Ashtide" in 2006 which had its World Premiere at the Atlanta Film Festival and Executive Producer for the web series "Lost in the Woods" in 2014 and Co-Executive Producer for horror feature "Creature Feature" in 2015.