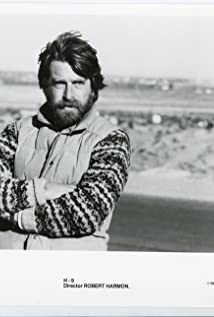 Robert Harmon attended film school at Boston University and worked for many years as a still photographer prior to embarking on a film career. Harmon worked as a still photographer on the movies "Roller Boogie," "Fade to Black," and "Hell Night." He was a second unit camera operator on "They Call Me Bruce?". Robert was the cinematographer for both the offbeat vampire feature "The Black Room" and the documentary "The Jupiter Menace." He made his directorial debut with the short thriller "China Lake." Harmon achieved his greatest enduring cult popularity with the intense, harrowing and genuinely terrifying "danger on the road" psycho horror knockout "The Hitcher." Robert then directed the touching drama "Eyes of An Angel" and the exciting Jean-Claude Van Damme action vehicle "Nowhere to Hide." In addition, Harmon has directed a bunch of made-for-TV movies which include the excellent biopics "Gotti" and "Ike: Countdown to D-Day." Robert made a welcome return to the horror genre with the spooky "They" and contributed another worthy addition to the "danger on the road" sub-genre with the brutal and nerve-wracking "Highwaymen." More recently Robert Harmon has directed several gritty and superior made-for-TV crime mystery dramas starring Tom Selleck as tough, but worn-out Police Chief Jesse Stone.