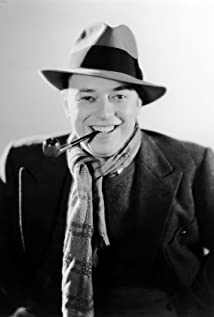 Robert Florey became infatuated with Hollywood while in his teens. By the time he set off for America in the early 1920s he had written articles on film for Cinemagazine, La Cinematographie Francaise and Le Technicien du Film, acted and directed one-reel shorts in Switzerland and worked as an assistant for Louis Feuillade at his studio in Nice. Sent to Hollywood as a correspondent for one of his French publications, he decided to settle down and learn the film business "from the bottom up", first as a gag writer, then as director of foreign publicity for Douglas Fairbanks, Mary Pickford and Rudolph Valentino. In 1924 he was signed by MGM as assistant director on a two-year contract, moving on to Paramount as full director in 1928. During this period of apprenticeship he learned the tricks of his trade under such experienced craftsmen as King Vidor and Josef von Sternberg. His first claim to directing fame were two highly acclaimed avant-garde short films, The Life and Death of 9413, a Hollywood Extra (1928), and Skyscraper Symphony (1929) -- both heavily influenced by German expressionist cinema. Florey was also tasked with co-directing (alongside Joseph Santley) the first wacky comedy with The Marx Brothers, The Cocoanuts (1929), shot at Paramount's Astoria studio, near Broadway (Groucho Marx was not impressed with either director; he once said about them that "one of them didn't understand Harpo [Harpo Marx] and the other one didn't understand English").After a spell at the German studio UFA in 1929, Florey joined Universal in 1931. His request to write and direct Frankenstein (1931) with Bela Lugosi was initially accepted. However, producer Carl Laemmle Jr. ultimately disliked Lugosi 's make-up for the monster, and Lugosi himself resented not having a speaking part. Much of Florey's script also ended up on the cutting room floor, except for several key ingredients, such as the ending in the windmill. As consolation for missing out on the prestigious assignment (which went to James Whale), Florey was given a lesser project, Murders in the Rue Morgue (1932), with Lugosi as Dr. Mirakle, a demented Darwinian scientist who crossbreeds humans with apes. The stylized, distorted buildings of Florey's Parisian sets were once again reminiscent of German expressionism, notably The Cabinet of Dr. Caligari (1920). Florey, from then on, was set on a career of helming second features for Warner Brothers (1933-35), Paramount (1935-40), Columbia (1941), Warner Brothers again (1942-46) and United Artists (1948-50). As a result of his affinity with horror and science-fiction, he did his best work in these genres. The Beast with Five Fingers (1946) has become something of a cult classic and is notable for some clever montage and animation effects, as well as an effectively eerie atmosphere. Unfortunately, the anti-climactic downbeat ending (a result of studio interference) rather lessened the picture's overall impact.In 1951, Florey stopped making features and became prodigiously active as a director of television episodes. In 1953 he won the first Directors Guild of America Award bestowed for TV direction, for Four Star Playhouse: The Last Voyage (1953). He also wrote eight influential books on the history of cinema.

Tarzan and the Mermaids

The Beast with Five Fingers