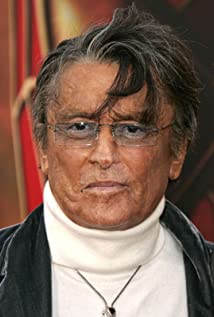 Robert Evans was born in New York City, to Florence (Krasne) and Archie Shapera, a dentist with a thriving practice in Harlem. His family was of Russian Jewish descent. He was raised on Manhattan's Upper West Side. He began his show-business career as a teenage radio actor. After flopping in his first attempt at movie acting, he took a job promoting sales of ladies' slacks for Evan-Picone, the clothing company founded and run by his brother. Some years later, Norma Shearer spotted him hanging around the pool at the Beverly Hills Hotel; she successfully touted him for the role of Irving Thalberg in Man of a Thousand Faces (1957). In a New York nightclub, Evans also caught the eye of Darryl F. Zanuck, who cast him as a bullfighter in The Sun Also Rises (1957). By the end of the fifties, Evans writes, "I was sure of one thing: I was a half-assed actor." He determined to recast himself as a producer.Before launching his first picture, though, he was hired by Charlie Bluhdorn, head of the Gulf + Western conglomerate, as part of a shakeup of Paramount Pictures.Within months Evans was head of production. In the late 1960s and early '70s, he became the quintessential "new Hollywood" executive, with: slickly packaged productions like Rosemary's Baby (1968), Love Story (1970) and The Godfather (1972) revived Paramount. (The latter film and Chinatown (1974) are the artistic highlights of Evans' Paramount career, though the amount of credit he deserves for them has been debated for decades.) Eased out of Paramount, he saw The Cotton Club (1984) turn from a musical "Godfather" into a fiasco of front-page proportions. Evans righted his career with a new Paramount deal in the 1990s, with his last producing credit having been on the blockbuster romantic comedy How to Lose a Guy in 10 Days (2003).He died on October 26, 2019.

The Young and the Dead