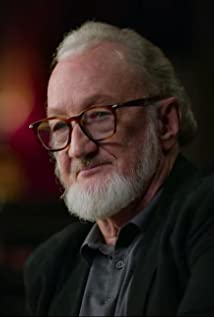 Veteran character actor Robert Englund was born in Glendale, California, to Janis (MacDonald) and John Kent Englund, an aeronautics engineer. Since 1973, Robert has appeared in over 75 feature films and starred in four TV series. He has starred alongside Oscar-winners Henry Fonda, Susan Sarandon and Jeff Bridges. Since 1984 he's achieved international fame as the iconic boogeyman Freddy Krueger in the hit franchise A Nightmare on Elm Street and its seven sequels. Englund has guest starred in hundreds of hours of TV most recently Bones, Criminal Minds and Hawaii 5-0. He will soon be seen starring in the horror film Fear Clinic, and the English thriller The Last Showing, he can be heard as the voice of the Evil Beaver in Teenage Mutant Ninja Turtles cartoon show.

Campfire Creepers: The Skull of Sam