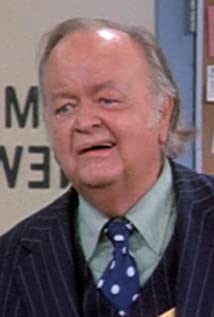 Robert Emhardt looked and sounded as if he had intentionally been created by some perverse god to play villains. Though rotund, he had hooded, lizard-like eyes and a drawling whine in his voice. The real Robert Emhardt, however, was a well-educated, cultured, generous man, not at all like the characters he often portrayed.Robert Christian Emhardt was born in Indianapolis, Indiana. His father was C.J. Emhardt, a lawyer, judge, and onetime mayor of the city. The younger Emhardt received his early training as an actor in the theater at Butler University. He then went to London, where he gained experience at The London Academy of Dramatic Art in 1937-38, and then played in repertoire with London's British Broadcasting Company. While in England, he met the woman who would become his wife, the well-known English actress Silvia Sedeli. The couple would go on to have four children. Eventually he found himself understudying Sydney Greenstreet on an American tour. He stayed in the United States, debuting on Broadway in 1942 in "The Pirate." He went on to win the Critics' Circle Award as best supporting actor in "Life with Mother" (1948-49) and appeared in eleven other plays in New York until his last in 1959. He made his film debut in The Iron Mistress (1952), a fictionalized life of Jim Bowie starring Alan Ladd. Among his other memorable movies were 3:10 to Yuma (1957), Underworld U.S.A. (1961), and The Stone Killer (1973) with Charles Bronson. His favorite and probably best film role was as Shirley Knight's paunchy and gracious but ultimately insane father in The Group (1966).Emhardt had a busy career. He also acted in 125 summer stock productions and 250 television shows, such as Have Gun - Will Travel (1957), The Untouchables (1959), Perry Mason (1957), Bonanza (1959), and six episodes of Alfred Hitchcock Presents (1955). He had a recurring role on the soap opera Another World (1964).Emhardt was extremely active in St. Augustine's Episcopal Church in Santa Monica and gave a great deal of support to The Boy Scouts of America. In his spare time (Emhardt had spare time?) he followed sports and enjoyed ballet.Robert Emhardt died of heart failure on December 29, 1994, in Ojai, California.

The F.B.I. Story: The FBI Versus Alvin Karpis, Public Enemy Number One