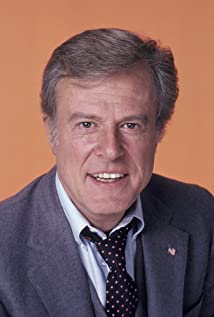 Tall, slim and exceedingly good-looking American leading man Robert Culp, a former cartoonist in his teen years, appeared off-Broadway in the 1950s before settling into polished, clean-cut film leads and "other man" supports a decade later. Hitting the popular TV boards in the hip, racially ground-breaking espionage program I Spy (1965), he made a slick (but never smarmy), sardonic name for himself during his over five-decade career with his sly humor, casual banter and tongue-in-cheek sexiness. Though he had the requisite looks and smooth, manly appeal (not to mention acting talent) for superstardom, a cool but cynical and somewhat detached persona may have prevented him from attaining it full-out.He was born Robert Martin Culp on August 16, 1930, in Oakland California. The son of attorney Crozie Culp and his wife, Bethel Collins, who was employed at a Berkeley chemical company, he offset his only-child loneliness by playacting in local theater productions. Culp also showed a talent for art while young and earned money as a cartoonist for Bay Area magazines and newspapers in high school, but the fascination with becoming an actor proved much stronger. He attended Berkeley High School and graduated in 1947. The athletically-inclined Culp dominated at track and field events and, as a result, earned athletic scholarships to six different universities. He selected the relatively minor College of the Pacific in Stockton, California primarily because of its active theater department. Transferring to various other colleges of higher learning (including San Francisco State in 1949), he never earned a degree. After performing in some theatre in the San Francisco area, he moved to Seattle and then New York in 1951.Studying under famed teacher Herbert Berghof and supporting himself during this time teaching speech and phonetics, Bob eventually found work on the theatre scene, making his 1953 Broadway debut (as Robert M. Culp) in "The Prescott Proposals" with Katharine Cornell. He eventually returned to Broadway with "Diary of a Scoundrel" starring Blanche Yurka and Roddy McDowall in 1956 and with a strong role in "A Clearing in the Woods" (alongside Kim Stanley) a year later. He earned an off-Broadway Obie Award for his very fine work in "He Who Gets Slapped" in 1956, and also appeared in the plays "Daily Life" and "Easter".Gracing a few live-TV dramas during his New York days, he returned to his native California for his first major TV role. It was an auspicious one as post-Civil War Texas Ranger "Hoby Gilman" in the western series Trackdown (1957). He earned widespread attention in the series that based many of its stories from actual Texas Ranger files, and the show itself received the official approval not only of the Rangers themselves but by the State of Texas. The series led to a CBS spin-off of its own: Wanted: Dead or Alive (1958), which made a TV star out of Steve McQueen.From there, Culp guested on a number of series dramas: Bonanza (1959), The Rifleman (1958), Rawhide (1959), The Detectives (1959), Ben Casey (1961), The Outer Limits (1963), Naked City (1958) and Combat! (1962). He also starred in the two-part Disney family-styled program "Sammy the Way Out Seal" (1962), which was subsequently released as a feature in Europe. He and Patricia Barry played the hapless parents of precocious Bill Mumy and Michael McGreevey whose "adopted" pet animal unleashes major chaos in their suburban neighborhood.During this time, Bob began to seek lead and supporting work in films. Despite his co-starring with Cliff Robertson, Rod Taylor and the very perky Jane Fonda (as her straight-laced boyfriend) in the sparkling Broadway-based sexcapade Sunday in New York (1963); playing Robertson's naval mate in the popular John F. Kennedy biopic PT 109 (1963); recreating the legendary "Wild Bill" Hickok in the western tale The Raiders (1963); and heading up the adventurous cast of the Ivan Tors' African yarn Rhino! (1964) (which included Harry Guardino and the very fetching British import Shirley Eaton), Culp wasn't able to make a serious dent in the medium.TV remained his best arena and gave him more lucrative offers, professionally. It rewarded him quite richly in 1965 with the debonair series lead "Kelly Robinson", a jet-setting, pro-circuit tennis player who leads a double life as an international secret agent in I Spy (1965). Running three seasons, Culp co-starred with fellow secret agent Bill Cosby, who, as "Alexander Scott", posed as Culp's tennis trainer. The role was tailor-made for the suave, Ivy-League-looking actor. He looked effortlessly cool posing in sunglasses amid the posh continental settings and remained handsomely unflinching in the face of danger. It was the first U.S. prime-time network drama to feature an African-American actor in a full-out starring role and the relationship between the two meshed perfectly and charismatically on screen. Both were nominated for acting Emmys in all three of its seasons, with