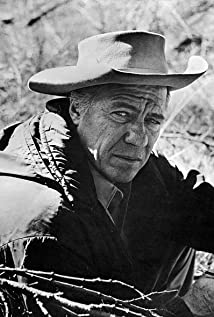 Born in Montana to homesteading parents, Robert Bray eventually moved to Seattle with his family and attended Lincoln High School. After graduation, he knocked around for a while as a lumberjack, cowboy and a member of the CCC (Civilian Conservation Corps).As a young man, Bray worked for a while in Hollywood as a studio carpenter in the early 1940s, before joining the U.S. Marine Corps in 1942 during World War II. He saw heavy action in the South Pacific during his tour of duty, before finally mustering out as a Master Sergeant at war's end.With aspirations of being a taxidermist or owner of a hunting/fishing lodge, Bray finally decided to pursue acting as a career, and was eventually signed in 1946 to a contract at RKO Pictures where he was looked upon as the new Gary Cooper. He spent three years of a seven-year deal playing supporting roles in a variety of RKO police dramas and Tim Holt westerns before his contract was dropped. From then until the early 1960s when he landed the plum TV role of Ranger Corey Stuart in the Lassie (1954) TV series, he was a freelance actor, who found work mainly portraying he-men such as a tough cavalry officers, hard-bitten cops, a stagecoach driver, etc., in a wide range of action-oriented movies and television episodes. He won the part in "Lassie" over several other candidates because of his affinity for animals, and theirs for him.Earlier in his career Bray played in some well-received if minor roles such as "Carl" the bus driver in Bus Stop (1956), the film that finally got Marilyn Monroe taken seriously as a dramatic actress. That picture's director, Joshua Logan, offered Bray a part in his next film, South Pacific (1958) but, to his never-ending regret, Bray instead opted to star in several forgettable low-budget pictures for Allied Artists. "Had I appeared in the smash hit South Pacific," he said, "who knows where I might have ended up."After being replaced on "Lassie" in 1968, Bray's motivation for continued acting work waned and he eventually retired with his wife Joan to Bishop, California, where he could often be found cruising around town in his Winnebago motor home with his dog Lady. An ardent fly fisherman, hunter, model duck carver and all-around sportsman, Bob lived out his final years in the shadow of the eastern High Sierras, where he made so many of his early western movies. After his passing in 1983, his ashes were scattered over Zuma Beach, California, where he spent many pleasant days as a young man.

The Fiend of Dope Island

My Gun Is Quick