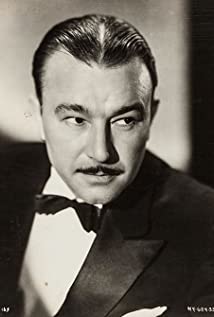 Robert Armstrong is familiar to old-movie buffs for his case-hardened, rapid-fire delivery in such roles as fast-talking promoters, managers, FBI agents, street cops, detectives and other such characters in scores of films--over 160--many of them at Warner Brothers, where he was part of the so-called "Warner Brothers Stock Company" that consisted of such players as James Cagney, Pat O'Brien, Frank McHugh, Alan Hale and Humphrey Bogart, among others.Although he could easily be taken for having grown up in a tough area of Brooklyn or the Bronx, he was actually from the Midwest. He was born in Saginaw, Michigan, in 1890, and his father owned a small and profitable flotilla of boats for use on Lake Michigan. Hearing the Siren call of the gold fields in late 19th-century Alaska, however, he packed up the family and headed west. A typical staging place to start north was in Washington state, and the family settled in Seattle. Robert spent a short hitch in the infantry during World War I. Afterwards he decided to go into law and started to study at the University of Washington. However, it wasn't long before that he decided he had a gift for acting and--perhaps influenced by his uncle, playwright and producer Paul Armstrong--decided to follow that path. He hooked up with future Hollywood character actor James Gleason, known to everyone as "Jimmy", who worked for a variety of playhouses in California and Oregon and who was heir to his parents' stock company, which toured across the US. Armstrong joined Gleason's company and returned with them to New York. He started from the bottom up, learning the craft of acting. After moving on to leading roles, he received the prime part in Gleason's own play "Is Zat So?" (1925-1926), a particularly successful play among several he had written (he also directed and produced plays on Broadway into 1928).Hollywood scouts were watching, and Armstrong found himself with a film contract. He appeared in approximately 10 films in 1928 alone, and after the first five he was able, with the advent of sound, to give voice to the take-charge, mile-a-minute, clenched-teeth delivery that would make him one of the busiest character men in Hollywood--and right alongside him in several of his early 1930s features was his old friend and boss Jimmy Gleason.It was in 1932 that Armstrong became acquainted with an ambitious and adventurous pair of Hollywood filmmakers. Both were World War I fliers, big-game hunters and animal trappers, and partners in high adventure documentaries, Merian C. Cooper and Ernest B. Schoedsack had found a friend in rising producer David O. Selznick, who brought them on board at RKO, with Cooper as production idea man. Schoedsack was the technical side of the pair, knowledgeable about the actual physical and technical side of filmmaking, , and became the actual director of their projects, with Cooper as an associate producer and sometime co-director. They turned out what would be the first of a string of horror-tinged adventure movies, The Most Dangerous Game (1932), with Armstrong having a part in it. He got in his usual wisecrack lines but from a less dimensioned character who had an early demise--the film centered on Joel McCrea and still young silent screen veteran Fay Wray. Cooper saw much of himself in Armstrong's general personality and wanted him for a film that he had been wanting to make for quite a few years, an adventure yarn dealing with the stories he had heard during his years making films in jungles all over the world of giant, vicious apes. The resulting film, King Kong (1933), would put Armstrong at stage center as big-time promoter Carl Denham (very much Cooper himself). The film also began co-star Fay Wray on the road to stardom. With Copper and Schoedsack co-directing and the legendary Willis H. O'Brien heading up a visual effects team supporting his for-the-time astounding animated miniature sequences, the film was a treasure trove for RKO, bringing newfound respect for a studio known mostly for its "B" action films and westerns. It was Armstrong's defining moment and set the stage for the plethora of leading man and second lead roles he would play through the 1930s.A sequel, Son of Kong (1933), followed almost immediately with the same production team and, though not achieving the critical or box-office acclaim as its predecessor, showcased another Armstrong strength--a great sense of comedic timing that had been evident, but not really traded upon, in previous films. The Cooper/Schoedsack team got in one more for 1933, with Armstrong as an uncommon--for him--romantic lead in Blind Adventure (1933), a fast-paced but but often uneven adventure yarn. All the studios wanted him, and what followed was a flood of usually good, crowd-pleasing roles, although still in "B" pictures. Among the better ones were Palooka (1934) and 'G' Men (1935), with Armstrong playing a hard-nosed FBI agent who is mentor and partner to a young James Cagney. With a full menu o