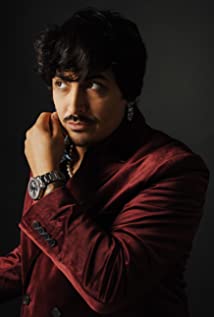 Robert Daymond Howard was born on March 11th, 1982, in the town of Chesterfield, Mo. His mother Laura Marks and biological father Robert Niles lived in Warrenton, Missouri in a home on Robbie's grandparent's estate. It was in this small town that Robbie would spend the first twelve years of his life. Robbie's father left when he was still an infant, and for ten years Laura raised him with the help of her parents, Marvin and Mary Marks. Like any typical country boy he enjoyed hunting, fishing, sports, and playing with nearby friends in the woods and on the lake of the Mark's estate. Always outgoing, he soon developed an interest in acting and music. Robbie's mother, a musician herself, encouraged him. In 1992 he preformed in his first professional play "On Golden Pond" at the Belle Starr Playhouse; soon after all other actives took a backseat to theater. In 1993 Robbie's mother got remarried to Gregory Howard and in 1995 Greg officially adopted Robbie at age 13, changing his name from Robert Daymond Niles to Robert Daymond Howard. That same year the family moved to St. Charles Mo. where Robbie would continue acting though his formative years. Though he attempted to be as active in his high school theater as possible, Robbie dedicated most of his time to professional, and college productions. In 2000, Robert was accepted into the Webster University Theater Conservatory were he would spend 2 years. His rebellions nature led him to academic difficulties and eventually he was put on departmental probation. Determined not to fail he worked diligently and was released from probation and invited back to attend the third year. But Robbie still had fundamental problems with Webster U's teaching methods and transferred to the more progressive, University of Nevada, Las Vegas. There he would flourish in his craft and graduate with a BA in theatre performance in 2004. Fascinated with the classics and the physical nature of acting be continued his education in the UNLV masters program. From 2004 to 2007 he would perform in many plays at the NCT, a professional theater connected to the University, all while teaching acting, movement, voice, and speech to the undergraduate theater majors. During the course of his entire academic history, he would spend each summer performing in summer stock, honing his acting in every genre, from Shakespeare to musicals. With a class of thirteen, Robbie would graduate UNLV in 2007 with a Master's degree in Acting. In Aug 2007 Robbie would move to LA to continue to pursue his acting career. In his first 3 years in LA, while building his acting career, Robbie worked in commercials, television and independent film and had side-jobs as a teacher at the New York Film Academy, bartender and communications director at the Quixote Studios. It wasn't long before he discovered his passion and aptitude for the craft of voice over. In 2010, Robbie gave up his security jobs and began acting full-time as a Voice Artist.Robbie resides in Sherman Oaks, where he is still dating his longtime girlfriend Megan Strand, a public relations adviser and fitness instructor. In addition to voice over, Robbie also pursues side projects in live performance, writing & independent animation.

I Want to Eat Your Pancreas