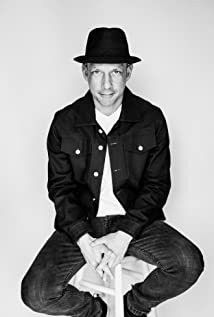 Youngest family member of six, he moved to Vancouver in 1997 to pursue a career in film. from 1998 to 2000 he wrote and directed 5 short films that played at local Vancouver venues as he continued to break into the acting community. He joined an independent horror film company (Creepy Six Films) as a producer in 2001. As a team, they began making their first feature length (Carmilla), that went on to grab global distribution shortly after it was completed in 2004. 2 more features followed suit. At the end of 2004, Rob went back to his primary focus as an actor. As a little hard work, timing and some luck would have it, he averaged an impressive 30 film projects both independent and larger budgeted in two years. Presently, some of that work has been completed and continues to circulate the festival path with great responses and reviews. While others are on the verge of being completed to follow suit. Presently, in the film Terminus (director Trevor Cawood), he plays a man stalked by an eight foot stone creature. The film continues to play globally and collecting awards including being deemed Canada's top ten 2007. Another film The Porcelain Man (director Mark Ratzlaff) followed that beat and collected two Leo awards in 2008 as it continues the festival route. In September 2008, The feature film When Life Was Good (director Terry Miles)began it's journey at the Tornoto International Film fest with rave reviews and unanimous love for the independent project from the audience. Presently, Rob is filming a Noir style thriller (The Hard Cut) taking on the lead detective role and performing his own stunts and fight sequences.