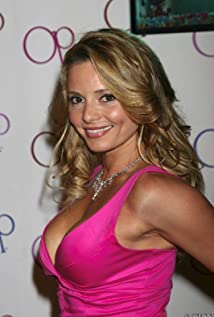 Rita Guedes is one of Brazil's most dazzling and famous actresses. She was born in Catanduva, São Paulo- Brazil to Antonio Carlos (dentist) and Marides (school teacher). Rita started her acting career at 9 years old.At age 14, Rita joined a professional theater company in São Paulo. She was invited to perform in the "Sia Santa Company" and traveled throughout the Country for two years.She quickly landed the lead role in her first novel and won the "Antena de ouro" Award for "Best Actress". Rita has done over 30 TV Series and 8 novels for Brazil's largest network- TV Globo.Her film debut was in the feature "O Caso Morel" (The Morel Case) (2001). In 2002 she was nominated for a KIKITO Award for "Best Actress" for her work in the feature, "Procuradas" (The Wanted). (The KIKITO is Brazil's equivalent to the Academy Award).In the same year she was nominated for another KIKITO for "Best Actress" in the short-film "Sintomas" (Symptoms) playing a young pregnant woman who becomes possessed by the devil and loses her mind.Her company "Guedes Filmes " produced the huge success at theater box office, "Qualquer Gato Vira Lata Tem Uma Vida Sexual, Mais Sadia que a Nossa" (Any Stray Cat Has a Heathier Sex Life Than Yours). She was nominated for an APETESP (the equivalent to a TONY) as "Best Comedic Actress".Her company "Guedes Filmes" produced the feature film "Mar Inquieto" (Restless Sea). The film is a thriller. Rita plays Anita, a young woman who is trying to eliminate the ghosts from the past to thus provide a future for her son who is to be born.