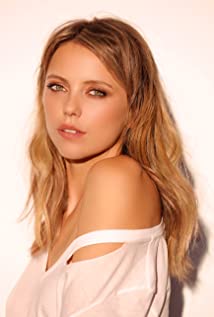 Riley Voelkel (born April 26, 1990) is an American Canadian actress best known for portraying Freya Mikaelson on The Originals. Riley also played the role of Jenna Johnson on The Newsroom. Voelkel was born in the United States, but raised in Canada. She was very involved in sports and school, being a part of a softball team for 9 years. Just a month away from going to college, a modeling scout was coming to her town and she decided to try her luck. The scout picked her and she went to Los Angeles where she was very much liked by several agents. She moved to Los Angeles to model, but, soon after, she joined an acting class recommended by an agent. Voelkel's first big break into the industry came when she went to a film audition for the role of a club girl in The Social Network. After finishing the picture, she signed with an agent and booked her first lead in an independent film, The Secret Lives of Dorks, released in 2013. In 2012, she joined the HBO series The Newsroom only for the pilot episode, but later became the character of Jenna. In 2014, she has been cast as one of the leads in Point Of Honor. In the Fall of 2014, she initially played an unnamed role in The Originals TV series. Recently, her character was upgraded to the recurring role of Freya Mikaelson, which was upgraded to a series regular for season 3.