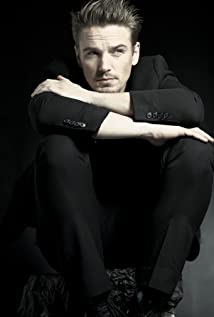 Riley Smith is an immensely talented actor whose body of work comes to life in diverse roles across television and film. With a promising new series, Riley's star is quickly on the rise.Riley Smith has most recently been cast to co-star in the CW's up and coming hit Nancy Drew. The series is set the summer following Nancy Drew's high school graduation, where she and several teens throughout the town are suspects of murder. The victim? Smith's characters, Ryan Hudson's, socialite wife. Nancy Drew can be seen following Riverdale on the CW starting in October of 2019.Before landing the role of Ryan Hudson, Smith had wrapped up his role of Levi Scott in Fox series Proven Innocent, and prior to that was Dr. Will Grant on the CW series Life Sentence.Smith was the lead in the CW series Frequency, which premiered October 2016. In this re imagining of the 2000 New Line film, Peyton List plays a female police detective in 2016 who discovers that she is able to speak via a ham radio with her estranged father (Smith), also a detective, but who died in 1996. They forge a new relationship while working together on an unresolved murder case. However, unintended consequences of the butterfly effect wreak havoc in the present day.In 2015, Smith was seen in a strong arc in Season 4 of the popular ABC musical series Nashville. Playing Markus Keen, an artist signed to Rayna's Highway 65 label, Smith merged his love for music and acting, recording singles, such as "In the Name of Your Love" and "I Want To (Do Everything For You," for the Nashville soundtrack. Also in 2015, Smith scored a recurring role as Rachel McAdam's boyfriend, Sheriff's deputy Steve Mercier, on HBO's True Detective, the second installment in the crime franchise. This role followed his previous stint on the pay cable network as a vampire on the seventh and final season of HBO's True Blood. Smith played Keith, a rugged, rock 'n' roll vampire with a romantic side and story line opposite Arlene, played by Carrie Preston.Previously, Smith had recurring roles in the Emmy-nominated CBS series Joan of Arcadia, the highly acclaimed Fox show 24, the WB series Summerland, and Judd Apatow's master creation for NBC Freaks and Geeks. He was a main character in the Fox show Drive and appeared in seven episodes of the fifth season of CW's 90210 as Riley Wallace, a paraplegic opposite Shenae Grimes, and Tristan Wilds. He can also be seen in television movies including Disney Channel's Motocrossed and Nicholas Sparks' Deliverance Creek.Smith's other credits were in films as diverse as Radio (Ed Harris, Cuba Gooding Jr.), Eight-Legged Freaks, Not Another Teen Movie, New York Minute, as well as Gallowwalkers (Wesley Snipes), Weapons, the Sundance Grand Jury Nominee, and Christmas in Conway (Andy Garcia, Mary-Louis Parker). Over the past twenty years since Smith has called Los Angeles home, he has managed to complete more than seventy-five projects: fourteen pilots, nine series, and dozens of guest star roles.In his free time, Smith is also a music recording artist and writer. In 2016, he released his first self titled solo EP, recorded in Nashville. The music video for the first single I'm on Fire went to number one on CMT's Taste of Country Countdown. Smith currently has 6 original songs placed on Television shows and film. Smith is set to release a new record in 2018.Born and raised on his families' Quarter Horse Ranch outside of Cedar Rapids, Iowa, Smith remains involved with his hometown supporting the Eastern Iowa Arts Academy. This non-profit after school arts organization, created for K-12th grade students, offers classes in art, music, drama, dance, cultural arts, and creative writing.