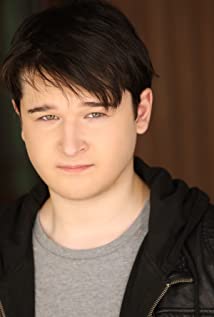 Born on Sept. 2, 2005 in West Hills, California, Riley B. Smith is an accomplished American child actor, best noted and known for his comedic timing in his roles for television shows such as his role of Ralph Dineen, Paige's genius son, in the television drama series Scorpion since 2014. Recurring in the first season, he was promoted to series regular for Season 2. He began his acting career at the age of 3 when he was cast in the feature film "The Back-Up Plan," starring Jennifer Lopez. Soon after, he began a steady career as a commercial actor, booking spots for Clear Wire, U.S. Cellular, Netflix, Lowes and a national campaign for DirecTV. Smith's television series credits include guest roles in "The Middle" and "Hot in Cleveland." Additionally, he does voiceover work for many projects, including "Clarence" on the Cartoon Network. His additional feature film credits include "American Sniper." In his spare time, Riley hikes in the Canyons, plays video games, enjoys watching every genre of film, and spends as much time as he can with his best friend. His father is World renowned guitarist Josh Smith and he was named after the legendary B.B. King, whose first name was Riley. His family dedicates themselves to the arts and encourages Riley to pursue what he loves and find his purpose. He hopes to one day work with actors whom he admires such as Leonardo DiCaprio, Eddie Redmayne, Keenu Reeves, Jason Ritter and countless others.