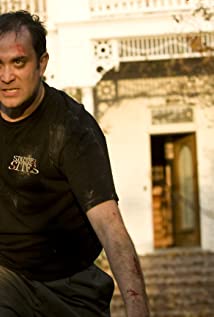 Born in San Pablo, California, Ricky has been acting in theatre since he was 7. In his 20's he moved to Los Angeles to train in improvisational comedy at The Groundlings since he always loved performing comedic characters. He did not begin performing in film and television until 2008, when he was cast in a SyFy Channel Original, House of Bones. He lives in the southeast and as of 2017, is unmarried and has a son, Steffen, born in 2005.