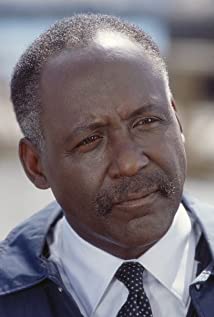 Richard Roundtree's iconic career began while attending Southern Illinois University where he was on a football scholarship. After being spotted Richard signed with Johnson Publications to model in their Ebony Fashion Fair, touring 79 cities in 90 days. But rather than returning to school, Roundtree headed off to his home state of New York to begin acting lessons. He soon was asked to become a member of New York's acclaimed Negro Ensemble Company. A succession of Off-Broadway roles resulted in his starring as Jack Johnson in "The Great White Hope".Richard's life would change forever when he was cast in the role of private detective John Shaft in the legendary "Shaft" movie franchise. This film immediately thrust Richard into the international spotlight, not only making him a worldwide household name but one of Hollywood's hottest young actors.In the over 100 film and television projects that followed Richard had the opportunity to share the screen with a list of Hollywood's most legendary actors including Clint Eastwood, Peter O'Toole, David Niven, Laurence Olivier, in addition to Samuel L. Jackson, Morgan Freeman, and Brad Pitt.On television he has been a series regular on several hit shows where he has garnered an NAACP Image Award nomination for Best Leading Actor in a Series, and a Peabody Award for his narration of the PBS documentary "The Rise and Fall of Jim Crow".Richard was born in New Rochelle, New York, to Kathryn and John Roundtree. An advocate in the fight against breast cancer and a 25-year male breast cancer survivor himself, Richard has taken a stand by participating in events that help raise awareness and funds towards finding a cure for this disease.

All the Days Before Tomorrow